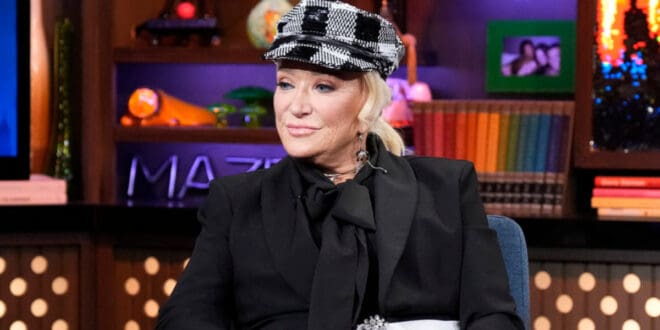 Tanya Tucker has issued a statement with fans after being forced to reschedule two of her upcoming concerts after falling ill.

The “Delta Dawn” singer took to social media to share the unfortunate news with fans on Wednesday (Jan. 18) afternoon.

“To my friends in Iowa and Arkansas: I am fighting an infection that has knocked me down, but I’m slowly but surely getting better,” she began.

She went on to tell her fans that her physicians told her to slow down, so she had to pull the plug on a pair of concerts.

”My doctors advised me to rest, so I have made the difficult decision to reschedule these shows. Love, Tanya.”

Tucker Issued A Statement After Making The “Difficult Decision” To Postpone

To my friends in Iowa and Arkansas: I am fighting an infection that has knocked me down, but I’m slowly but surely getting better. My doctors advised me to rest, so I have made the difficult decision to reschedule these shows listed.

Tucker was scheduled to appear in Davenport, Iowa at Rhythm City Casino Resort on January 19 and in Forrest City, Arkansas at East Arkansas Community College Fine Arts Center on January 21. According to the statement she shared on social media, those shows have now been rescheduled for March 24 and March 25, respectively.

Earlier this month, Tucker performed her new single, “Ready As I’ll Never Be” during the 134th Rose Parade Presented by Honda in Pasadena, CA. The country hitmaker arrived in style sitting atop a Black Friesian horse before taking to Colorado Boulevard in front of The Mansion Entertainment Group float, which is the final float in the iconic parade.

“So gather around now (Oooh) / It’s time to sing / It’s bittersweet (Oooh) but it’s hell of a silver lining / I tell the same old stories / Young at your wings / And I get better every time I kiss a weathered cheek / And watch doves fly Sooner than me / I guess I’m ready, all ready as I’ll never be,“ Tucker sang on the tune’s chorus, which was co-written by Tucker and Carlile.

Lainey Wilson, Grace Kinstler, Fitz & The Tantrums and more also performed during The Rose Parade, which is also known as the Tournament of Roses Parade. The parade, which takes place in California, marks the start of the Rose Bowl Game and is an iconic New Year’s Day tradition that draws in millions of viewers around the world.

“Ready As I’ll Never Be” appears in her film, The Return Of Tanya Tucker Featuring Brandi Carlile, which was released on October 21, 2022 to select theaters.

The film takes viewers inside Tucker’s return to the spotlight alongside Carlile and shines a light on the country music icon’s humble beginnings in a single wide trailer in Seminole, Texas.

Upon its release, the captivating documentary was honored with the Audience Award at South by Southwest Film Festival. It was also nominated at the 2022 Critics Choice Awards for Best Music Documentary.

She Recently Starred In The Movie A Nashville Country Christmas

“It’s amazing that after 50 years in this business, I get to see my dreams become reality! And being part of A Nashville Country Christmas is definitely one of them. I’ve always wanted to do more acting, and it was a gift from the good Lord when this role came along. I can’t wait for everyone to enjoy the movie this season,” Tucker shared ahead of the film’s debut.

Tanya Tucker released her 25th studio album, While I’m Livin’, in 2019. The project marked her first collection of new music in nearly 20 years and earned her a GRAMMY Award for Best Country Album and the GRAMMY for Best Country Song for the track “Bring My Flowers Now.”

These two GRAMMY wins took place in 2020, 47 years after her first GRAMMY nomination.

“After 50 years in this business, I have a few firsts left,” Tucker said in her acceptance speech. “I can’t believe it.”

She went on to encourage others to never give up.

“No matter how old you are, never stop following your dreams,” she shared.

Tanya Tucker’s next scheduled tour date is set for Saturday, February 4 at the Paradise Cove at River Spirit Casino in Tulsa, Oklahoma.

In mid-February, Tucker will join Wynonna Judd for select dates of The Judds Final Tour. 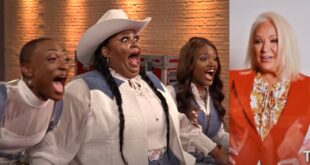 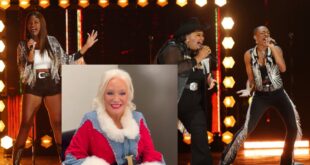 Tanya Tucker Reacts To Chapel Hart’s ‘America’s Got Talent’ Performance: “You Were Fantastic… You Got A Great Vibe” 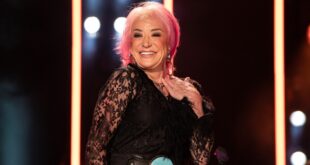