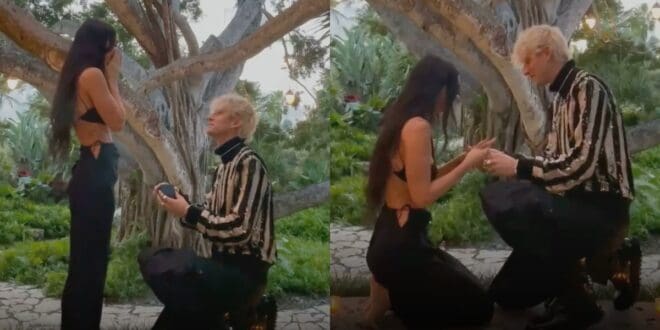 The news was first revealed on Fox’s Instagram on Wednesday (Jan. 12), where Fox shared that MGK popped the question on Tuesday (Jan. 11) beneath a banyan tree.

“In July of 2020 we sat under this banyan tree,” Fox began in her Instagram caption a video of the proposal. “We asked for magic.”

“We were oblivious to the pain we would face together in such a short, frenetic period of time. Unaware of the work and sacrifices the relationship would require from us but intoxicated off of the love. And the karma,” Fox continued. “Somehow a year and a half later, having walked through hell together, and having laughed more than I ever imagined possible, he asked me to marry him. And just as in every lifetime before this one, and as in every lifetime that will follow it, I said yes.…and then we drank each other’s blood. 1.11.22 ✨”

MGK shared a clip of Fox’s gorgeous engagement on Instagram as he shared the exciting news.

“’yes, in this life and every life’ 💍 beneath the same branches we fell in love under, I brought her back to ask her to marry me,” MGK shared.

He continued, “I know tradition is one ring, but I designed it with Stephen Webster to be two: the emerald (her birth stone) and the diamond (my birth stone) set on two magnetic bands of thorns that draw together as two halves of the same soul forming the obscure heart that is our love. 1-11-2022 ✨”

MGK and Fox first went public with their relationship in June 2020, however, the pair established their romance while filming the Randall Emmett movie, Midnight In The Switchgrass.

“Our trailers were next to each other, so I just waited outside on my trailer steps every day I worked just to catch one glimpse of eye contact,” MGK, 31, said on a July 2020 joint episode of the Give Them Lala… With Randall podcast. “She has the most gorgeous eyes I’ve ever seen.”

“The second that I was in a room with him and said hello to him and looked into his eyes, I knew right away that he was what I call a twin flame,” Fox added. “We’re actually two halves of the same soul I think. I said that to him almost immediately. I felt it right away.”

Fox was previously married to actor, Brian Austin Green, and the pair share three kids together. While MGK has never been married, he has one daughter from a previous relationship.

Previous WATCH: ERNEST Delivers Impromptu Duet Of “Flower Shops” At Nashville Airport
Next Miranda Lambert Saddles Up & Takes Over The Wild West In “If I Was A Cowboy” Music Video 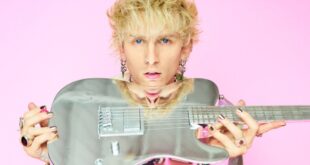 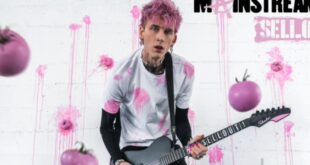