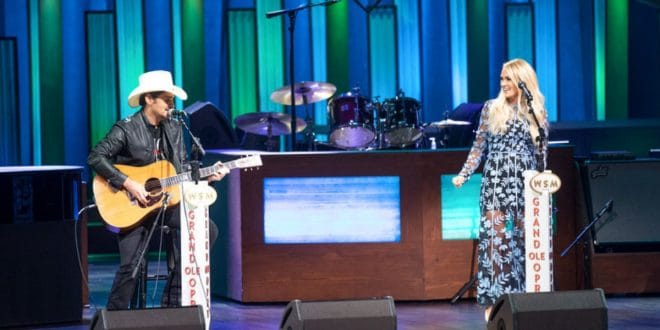 The longtime friends and Opry members joined together on the Opry stage to pay tribute to two Country Music Hall of Famers with a performance of their chart-topping duet.

The show also gave fans a look back at some of the most iconic performances in Opry history and showcased archived Opry interview and performance footage from today’s Opry members and legendary artists.

Previous Blake Shelton Celebrates 20 Years As A Member Of The Opry With Performance Of “Ol’ Red” During NBC Special
Next Dolly Parton Performs Her Iconic Hit “9 to 5” During NBC’s ‘Grand Ole Opry: 95 Years of Country Music’