Avril Lavigne announced all the details for her upcoming seventh studio album, which she says will celebrate the return of pop-punk music in the mainstream.

The pop-rock princess’ shared the news via social media on Wednesday (Jan. 12), also revealing that a new song called “Love It When You Hate Me” featuring Blackbear will drop on Friday, January 14.

“I was just like, ‘Let’s make a pop-punk record.’ We used live guitars and live drums and didn’t hold back, and just got to do exactly what I wanted and what I feel like I’ve probably wanted to do for a long time,” Lavigne revealed to Entertainment Weekly. “There’s always a fine line when you have a label involved, and they’re talking to you about what radio wants and doesn’t want, so it gets really annoying. I was just like, “F— this.” Back to live drums, electric distorted guitars. It’s fast. It’s fun. It’s just pure rock & roll from front to back.” 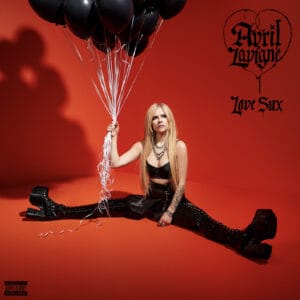 Arriving on February 25 via Travis Barker’s DTA Records, Love Sux will feature her latest single “Bite Me,” as well as three collaborations, including with Machine Gun Kelly, Blackbear and Blink-182’s Mark Hoppus. See the full track list below.

The 12-track project will mark Lavigne’s first new album since the release of 2019’s Head Above Water, which spawned hits such as “Head Above Water,”“Tell Me It’s Over,”“Dumb Blonde,” and “I Fell In Love With The Devil.”

See the album artwork above.

“Love It When You Hate Me” ft. @iamblackbear is out Friday and is the next song off my new album “LOVE SUX” dropping 2.25! Pre-save my new song and the album now!

Most recently, Lavigne took center stage with Travis Barker at Dick Clarke’s New Year’s Rockin’ Eve to perform the party starting single. Music-goers can witness Lavigne make her comeback and ring in the new year below. 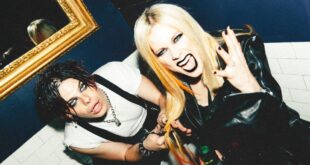 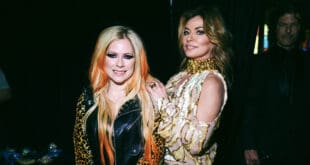 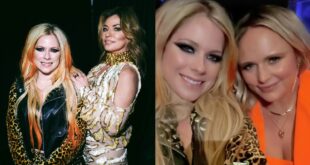