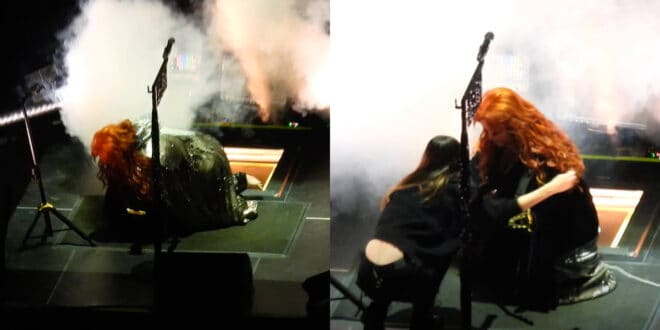 Wynonna Judd admitted she does “not trust technology” after her stage lift malfunctioned during her concert at the Denny Sanford PREMIER Center in Sioux Falls, SD on Friday (Oct. 7).

In a clip captured by a concertgoer, Wynonna is seen coming out of the b-stage to open the show when the lift she was on malfunctioned, causing her to fall to her knees.

As the video continued, a member of the touring crew can be seen rushing to help her up, but Wynonna chose to stay on her knees for her performance of Elvis Presley’s “Had A Dream (For The Heart)” a song that The Judds’ released in 1983 as their debut single.

Wynonna remained on her knees for the duration of the first song of her set and at one point she let the audience know, “I’m okay.”

Following the concert, Wynonna took to Facebook to clear up “a few thangs.” She listed out the following within her post:

1. I love Sioux Falls.
2. I love Judds music and fellowship.
3. I do not trust technology… (I did NOT fall!!!!! We had a malfunction with the lift)
4. Singing on your knees ain’t always a bad thing. But, during the show, not my favorite & very humbling!
5. I will never forget Sioux Falls. Thank you all for being there for me. @ashleymcbryde and @martinamcbride thank you for having my back! ”

The Judds: The Final Tour serves as a tribute to the legacy of The Judds and the late Naomi Judd. The show includes several special moments in honor of Naomi, including a chilling performance of “Love Can Build A Bridge” that features historical footage of Naomi on the giant screen behind Wynonna. A recording of Naomi’s voice can be heard alongside Wynonna as they appear to sing the song together once again.

The remaining dates of the tour will feature a variety of country superstars, including McBryde, Little Big Town, Kelsea Ballerini, Trisha Yearwood, and Faith Hill.

“I continue to find myself both grateful and humbled by the unwavering support from my fellow artists, music community, and of course, the fans,” Wynonna shared in a statement ahead of opening night of the tour. “I am looking so forward to celebrating The Judds music one final time. It will be a bittersweet experience, and one that I will never forget.”

Naomi passed away on April 30 at the age of 76. She died just one day before The Judds were set to be inducted into the Country Music Hall of Fame. It was later revealed during Ashley Judds’ sit-down interview with Good Morning America’s Robin Roberts that Naomi died of “mental illness” and that she used a “firearm.”

The special aired on CMT and was the network’s highest-rated musical special in two years.

The Judds earned 14 No. 1 hits during their career that spanned nearly three decades, including “Love Can Build a Bridge,” “Mama He’s Crazy,” “Why Not Me,” “Turn It Loose,” “Girls Night Out,” “Rockin’ With the Rhythm of the Rain” and “Grandpa.”

The Judds toured in the ’80s where they had a catalog of twenty Top 10 hits, 20 million-plus albums sold, a combined 16 Gold, Platinum, and multi-Platinum albums, and The Judds Greatest Hits.

Since launching their career in 1983, the duo went on to release six studio albums and an EP. The superstar pair have also won several awards, including nine CMA Awards, seven Academy Of Country Music Awards and five GRAMMY Awards for hits like “Why Not Me” and “Give A Little Love.”

Tickets are available to purchase HERE. 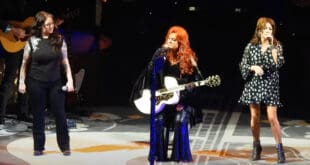 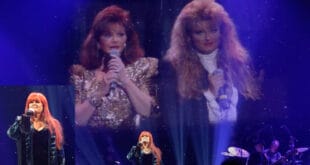 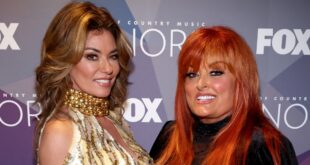 Shania Twain On Special Bond She Shares With Wynonna Judd: “She Is A Powerful Force And A Beautiful Friend”