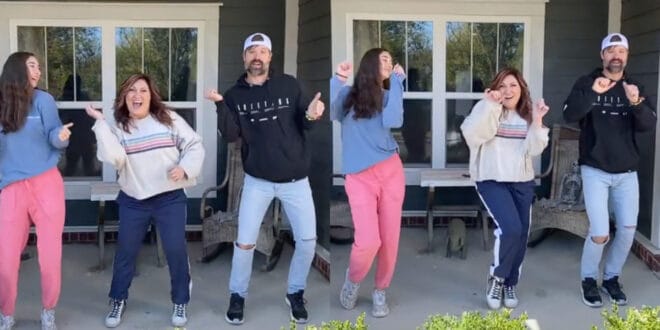 On Monday (Oct. 10), Messina shared a video on TikTok dancing alongside Hayes and his daughter to her classic hit, “Heads Carolina Tails California.”

The clip takes place on Hayes’ infamous front porch, the same one where he filmed the viral video for his GRAMMY-nominated tune, “Fancy Like.”

Hayes also shared the video on his TikTok with the caption, “Look who stopped by the porch today 💪💪😂,” tagging Messina.

Messina is enjoying a resurgence of her 1996 debut, “Heads Carolina, Tails California,” as Cole Swindell’s tribute hit, “She Had Me At Heads Carolina,” continues to dominate the charts.

In a recent interview with Billboard, Messina shared her reaction to the song and admitted she was “kind of taken aback” by the fact that they chose this song to remake.

“Out of any song they could have chosen from that time, the fact that they chose [it] was an honor.,” she said. “I heard about ‘She Had Me at Heads Carolina’ from the original writers of “Heads Carolina, Tails California.” They let me know the song was written and sent me a copy of it.”

She went on to share how Swindell’s version speaks to the timelessness of the original song.

“The success of the song makes me happy for Cole. I think that Tim Nichols and Mark D. Sanders put together a timeless theme and melody. We know they wrote something timeless because at our shows today, even before the release of Cole Swindell’s single, “Heads Carolina,” as well as many of our other songs, has had a huge response that hasn’t died down over the years. When I look at the success that it has, it brings me joy because I always believed that the song was timeless.”

Messina is currently on tour with several tour dates planned through next month.

Meanwhile, Hayes is currently in the midst of his headlining Glad You’re Here Tour. The arena trek kicked off on Sept. 29 and runs through Nov. 12 with direct support from Parmalee. (Tickets are available HERE).

The song is a juxtaposition of sorts as it features a carefree, upbeat production alongside hard-hitting lyrics that detail the struggles artists often face. 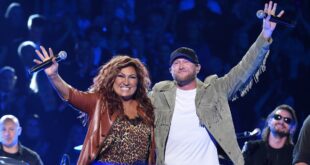