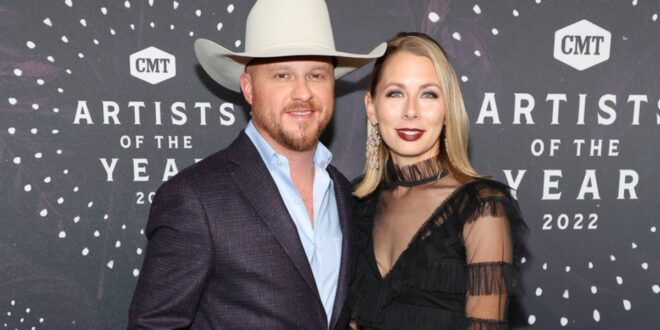 See Inside Cody Johnson & His Wife Brandi’s Love Story: “She’s Helped Me Become A Man That I’m Proud To Be”

Cody Johnson is a family man through and through. But, when it comes to his wife, Brandi Johnson, there’s no question, she’s his rock.

The pair, who have been married for some time and share two beautiful daughters, Clara Mae and Cori, together, met years ago, long before Johnson started to pursue country music full-time.

Back then, Johnson was a professional bull rider. While romantically involved with Brandi, he switched jobs, becoming a prison guard at a Prison in Huntsville, TX. Throughout that period, Johnson was passionate about music. And it was Brandi who encouraged him to quit his day job and follow his dream of becoming a country music superstar.

Luckily, Johnson listened because he went on to score his first No. 1 hit with “Til You Can’t” and subsequently released his 2021 double album, Human: The Double Album. Acknowledging his wife’s support during his rise to stardom, Johnson credited Brandi for her selflessness while accepting his 2022 CMT Artist of the Year win, saying, “My wife has stood beside me for over 14 years through the thick and the thin and babe, this is for me, and you.”

“She’s a 100% of it, honestly. When I met her, I was a pretty crazy young guy and she’s helped me grow. She’s helped me become a man that I’m proud to be, and she holds down the house, and she holds down the whole fort,” Johnson previously gushed of his wife, according to New Country 96.3. “You know, from the kids and the ranch to keeping me going, from little simple things like my clothes going to the cleaners and coming back and being ready for the road – just little stuff, and every little tiny thing she does is so big for me, and she gives me the courage to keep going.”

Unlike many other country singer couples, Johnson’s relationship with his wife has been kept private for the most part. Information on their wedding and date is not available to the public. And aside from posting family photos occasionally during Holiday celebrations, to his Instagram page, Johnson uses his social media platforms to promote his music career.

But, he makes sure not to exclude the biggest part of his life in his Instagram bio, which reads: “Married to my best friend, chasing my dreams… “ As for Brandi, there is restricted data about her life on the internet.

Despite Brandi’s lack of presence online, she has inspired many of the songs on Johnson’s albums. She, along with the happily married couple’s two kids, are featured in many of Johnson’s videos, including his music video for “Human.”

What’s more, Johnson has involved his bride in the decision-making processes for his projects related to his career. For example, he gave up control to Brandi when it came down to deciding the concept for his music video for the romantic ballad, “On My Way To You,” which features lyrics all about finding someone special to grow old with.

“For the video, I actually let my beautiful wife Brandi make all those decisions,” Johnson previously told People, “She had a great vision on the look, the feel, the producer, etc. She did a great job!”

But no matter how big his star gets, Johnson promises his wife and kids will always be his top priority.

“If I lost all this, it doesn’t define me. I’m not going to go home and cry about how I don’t have my music career anymore. My priorities are straight: my wife and my kids.” 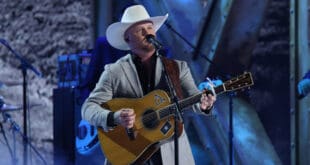 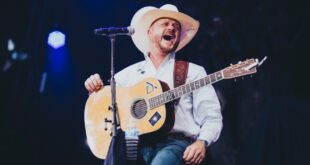 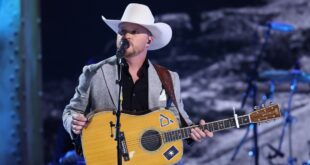