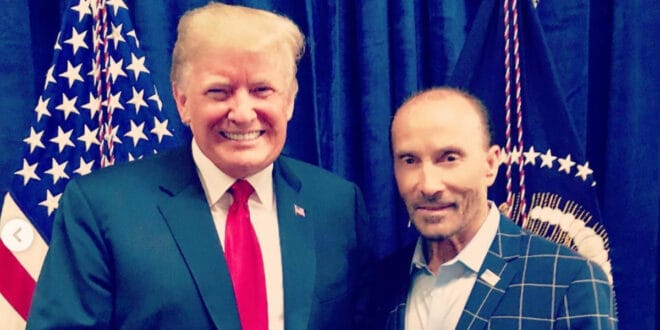 Lee Greenwood received a message from former President Donald Trump in honor of his 80th birthday on Thursday (Oct. 27).

The “God Bless The U.S.A.” singer took to social media to share the video with his followers alongside the caption, “An honor to receive a message from the 45th President for my 80th Birthday. Thank you for thirty years of friendship!”

In the clip, the 45th President Of The United States is seen sitting in his private jet wishing Greenwood a happy birthday.

“Lee Greenwood is a very special and talented man. He wrote something called ‘God Bless The U.S.A. in case of you haven’t heard about it,” President Trump says. “I will tell you the people absolutely love it, our Country loves it, everybody does all over the world. I just want to congratulate you on your words and your son and frankly your voice because there’s nobody and nothing like it.”

He went on to make a joke about how everyone continues to get older.

“Now that’s the good news. The bad news is we’re all a year older and you hit a very magic number,” President Trump went on to say. “They tell me it’s 80, but I find that very hard to believe because you look about 30 years younger than that Lee. I just want to wish you a very Happy Birthday. Your family is incredible and the best thing you ever did is marrying Kim. Perhaps even better than the song itself, she is an incredible inspiration to all of us and a great person and you are truly talented. We love you and I thank you. We will see you soon.”

The former President of the United States then shared that he was on his way to Nevada for a rally where he plans to play “God Bless The U.S.A.”

“I am heading right now to a big rally in Nevada, where we’re going to have about 45,000 people listening to your song and that doesn’t include the people frankly on television, which as you probably hear is getting like 10-12 million people for every rally…. Happy Birthday and we will see you for many years to come…”

Throughout his expansive career, international country music icon Lee Greenwood has earned multiple CMA and ACM Awards, a Grammy Award for Top Male Vocal Performance on “I.O.U,” in 1985, and a multitude of other prestigious awards nominations. His discography includes twenty-two studio albums, seven compilation albums, seven No. 1 hits, and thirty-eight singles including songs like “It Turns Me Inside Out,” “Ring On Her Finger Time on Her Hands,” “She’s Lyin’,” “I Don’t Mind the Thorns if You’re the Rose,” “Dixie Road,” “Somebody’s Gonna Love You,” “Going Going Gone,” “You Got A Good Love Comin’,” among others.

His stand-out hit “God Bless the U.S.A.” has been in the top five on the country singles charts three times (1991, 2001, and 2003), giving it the distinction of being the only song in any genre of music to achieve that feat. It reached the Top 20 of the Billboard Hot 100 chart shortly after 9/11. Known for his stand-out patriotism and support of the U.S. military, Greenwood has been honored with the Congressional Medal of Honor Society’s National Patriot’s Award and entertained troops on more than 30 USO Tours.

Greenwood was appointed to the council of the National Endowment for the Arts in 2008 by President George W. Bush, confirmed by the United States Senate, and continues to serve on the NEA at the pleasure of the President. His latest book release is a children’s book called Proud To Be An American.

Previous Dierks Bentley, Carrie Underwood, Jon Pardi & Lainey Wilson To Honor Alan Jackson At 2022 CMA Awards
Next Dolly Parton Announces Retirement From Touring, Says “I Do Not Think I Will Ever Tour Again” 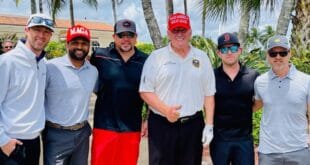 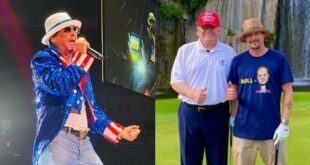 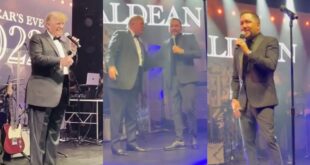 Donald Trump Introduces Jason Aldean As “No. 1 In The World,” Dubs Brittany Aldean “MAGA All The Way”