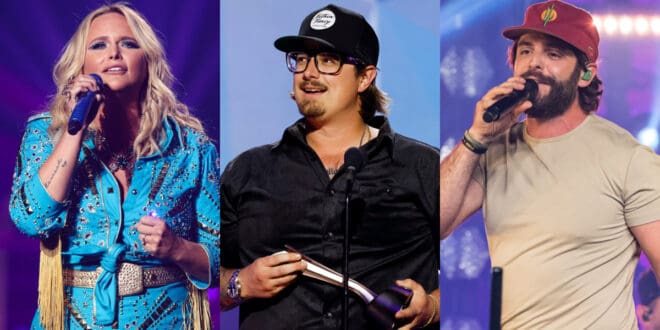 The country music community is sending prayers and well-wishes to HARDY, who sustained “significant injuries” early Sunday morning (Oct. 2) after his tour bus got into an accident around 2:30 AM on Interstate 40 West near the Wilson-Davidson county line, just outside of Nashville. In addition to HARDY sustaining injuries, three other members of his team were also hurt when his tour bus overturned.

Hours after the incident occurred, HARDY took to social media to share a statement with friends and fans.

“Following last night’s show, our tour bus was in an accident on our way home from Bristol,” HARDY’s statement began. “There were just four of us, including myself, on the bus, however we were all treated for significant injuries. Our friend, and bus driver needs your prayers as he is still in the hospital,” he continued. “His family is with him while he is being treated and we’re all pulling and praying for him.”

HARDY then added that he was released from the hospital after being treated for injuries.

“I’ve been released from the hospital, but ordered by doctors to recover for the next few weeks which may cost us at a couple of shows,” the statement concluded. “My team and I will keep the fans updated on that as I rest in the coming days. Please keep our road family in your prayers and I promise to keep you updated in the days to follow. God bless our medics and local and state officials for their quick response and incredible service.”

After HARDY shared a statement on social media, artists and fans offered an outpouring of prayers for the “One Beer” singer and his team.

“Dang man. Prayers of healing for you and your crew,” Thomas Rhett commented, while Raelynn added, “Praying for your driver and a full healing in everyone’s body!!”

“Wow man. Sending all the ❤️ we got,” Jake Owen said, before Dan Smyers offered up well-wishes, “Damn brother, so sorry to hear it. Hope everyone is ok. 🙏”

Callista Clark and Karen Fairchild shared, “Praying for you and your whole team. 💜” and “Sending love and prayers. So sorry!!!” respectively.

In addition to the country music community, several artists, songwriters and musicians from other genres are sent prayers to HARDY and his team in the comments, including Jon Devine (One Direction drummer), I Prevail’s Brian Burkheiser, ATTILA’s Chris Fronzak, Papa Roach’s Jacoby Shaddix, Cory Marks, Beartooth’s Caleb Shomo, among many others.

HARDY was returning from Country Thunder Bristol where he served as direct support for Saturday’s headliner, Morgan Wallen. Also on the bill were Lauren Alaina, Tracy Lawrence, and Ian Munsick.

The singer/songwriter’s next tour date is set for October 8 at Globe Life Field in Arlington, Texas for the final date of Wallen’s The Dangerous Tour with additional special guests Jake Worthington and Mike Ryan.

The 2022 ACM Songwriter Of The Year recently released “wait in the truck,” a collaboration with Lainey Wilson, which was an instant hit upon release. ​​The tune also became the most-added song at country radio with 57 first-week stations, when it went for adds on Monday, August 29.

Co-written by HARDY with Hunter Phelps, Jordan Schmidt, and Renee Blair, “wait in the truck” tells the story of a woman who has experienced ongoing domestic abuse. The woman is ultimately saved by a stranger who takes matters into his own hands when he confronts the abusive man and shoots him to death.

Following the release of “wait in the truck,” HARDY shared a new rock single, “Jack.”

HARDY and his fiancée, Caleigh Ryan, are set to wed later this month. The couple got engaged in August of 2021 at the Lyric Theatre in Oxford, Mississippi.

“I’m not her boyfriend anymore,” HARDY wrote at the time alongside a photo showcasing the moment he got down on one knee to propose. The caption was inspired by lyrics from his song, “Boyfriend,” which appears on his critically acclaimed debut album, A ROCK.

Over the summer, the HARDY and Caleigh took their relationship to the next level when they moved into their first home together. The soon-to-be newlyweds documented the exciting moment on Instagram.

“AND THEY WERE ROOMMATES!!!! I feel like I’ve been living in a dream, but we’ve unpacked our very last boxes and are officially living in our first home together!!,” Caleigh wrote alongside a series of photos of the couple posed on their new front porch. “We are both just so over the moon about all of the crazy amazing things we have going on in our lives right now. Feeling extra extra blessed. I can’t wait to share this new chapter with y’all.”

Later this year, HARDY will embark on his headlining Wall To Wall Tour, which kicks off on December 1 with back-to-back, sold-out shows at Georgia Theater in Athens, Georgia. The Wall To Wall Tour features support from Jackson Dean and “Blurry” hitmakers Puddle Of Mudd on select dates. 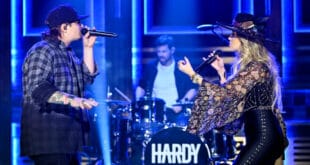 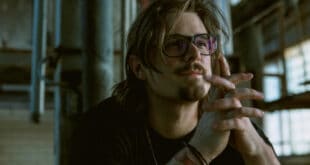 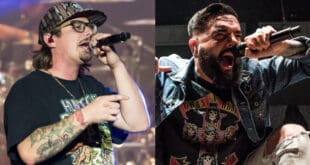