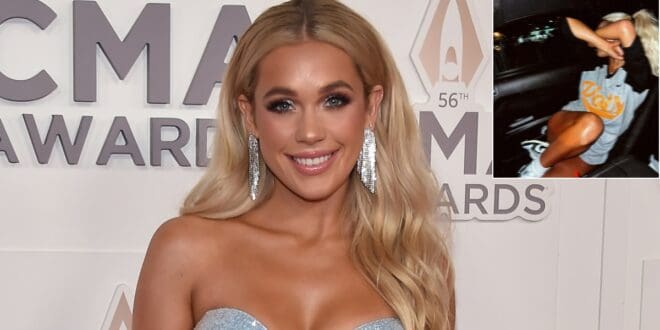 One thing is for sure. Megan Moroney is good at keeping secrets. But, she is finally coming forward to answer some of the questions that have been weighing on people’s minds. Well – one of them, at least.

The rising country artist recently stopped by SiriusXM’s The Highway to chat about her viral hit “Tennessee Orange,” which has drawn a few fan theories since its release. During the interview, host Storme Warren and co-host Macie Banks pressed Moroney on one of the theories that have emerged, begging the question, “Is it Morgan Wallen’s shirt?”

The T-shirt in reference is one Moroney wore on Instagram back in August while promoting the single-art for her “Tennessee Orange” tune. The top features the Tennessee Volunteers logo spread across the front.

But that’s not the only clue to connect Moroney to Wallen, who is from East Tennessee. Aside from the shirt, fans have speculated that Moroney’s song is about Wallen, as it includes lyrics like, “In Georgia, they’d call it a sin / I’m wearing Tennessee orange for him.” Not only that, but Wallen has frequently commented on Moroney’s social media posts.

Well, at least one of those theories is true.

After a bit of coaxing from Banks, Moroney admitted, “Yeah, I mean it is his shirt.”

“And he’s just commenting on all your stuff. . Yeah,” Banks said. “…. Are you dating Morgan? That’s the question.”

“Wow. Put me on the spot,” Moroney said, smiling. “Um, wait, so what was the first question?”

“Are you dating anyone?” Banks asked.

“That’s a great question,” Moroney replied, refusing to give up an answer.

IT’S HIS SHIRT. We had to. We love you, Megan! And Morgan! 🤪 #TennesseeOrange #MeganMoroney

While she still hasn’t shared the mystery man behind the song, Moroney previously revealed “Tennessee Orange” is a true story.

And, aside from Wallen, fans have theorized that the song could be about Connor Smith, who released a song called “Orange and White,” which shares the flip-side storyline to Moroney’s country ballad. On top of that, Smith has also previously commented on some of Moroney’s social media posts, offering a suggestion to collaborate.

But Warren and Banks debunked that theory telling Moroney, “We’re friends with Connor, me and Nick. We know he’s got a, he’s got a really beautiful California girl he’s dating.”

“Okay, so that shuts that one down,” Moroney laughed.

And, while Moroney is only giving fans bits and pieces of her love story, she did reveal one more big piece of news about her life. The country singer/songwriter performed to a packed crowd in Nashville on Wednesday (Nov. 16), where she revealed that she signed a record deal with Sony Music Nashville/Columbia Records.

Moroney, who is also gearing up to begin recording her debut full-length album, also told the audience that “Tennessee Orange” is making its way to country radio.

Moroney’s latest news comes after she announced her first headlining Pistol Made of Roses tour. The 9-date trek begins on April 13, 2023. 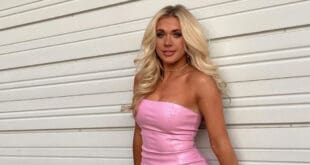 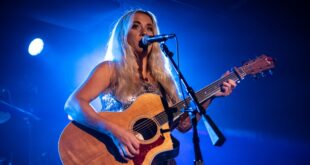