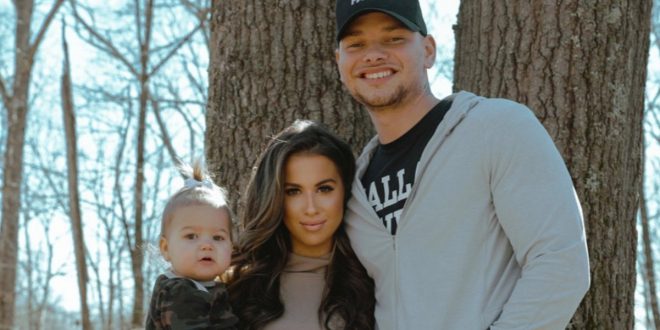 It comes as no surprise that Kane Brown’s single “Worship You” was inspired by his family but the country superstar says that his primary inspiration for songwriting is his family including his wife Katelyn and their 1-year-old daughter Kingsley.

“My music’s surrounded by my family. They’re my world, especially Kingsley, when she smiles she brightens up the whole house.” Brown explained to Go Country 105. “When I hear that song, it reminds me of both of them, and i’m just grateful that they’re part of my project, even though they don’t really know that they are, they are, they’re like the main focus.”

Brown’s wife and daughter both appeared in the breathtaking music video for “Worship You,” a song that pays tribute to the two people in his life that mean the most to him, Katelyn and Kingsley.

“‘Worship You’ is basically ‘Heaven’ 2.0,” Brown previously explained of the song. “It’s saying that your girl, your wife, is your everything. You know that she don’t walk on water or anything like that, but you basically praise her.”

The hitmaker then revealed that the song took on a whole new meaning once he became a father.

“Originally, it was thinking about Kate you know, but then I did this video that I put on my Instagram, it was me, Kate and Kingsley and I was singing it to Kingsley. So I was like you know, this song could be about my daughter. It’s basically just worshiping my family now, they’re both my girls and I’d do anything for them.”