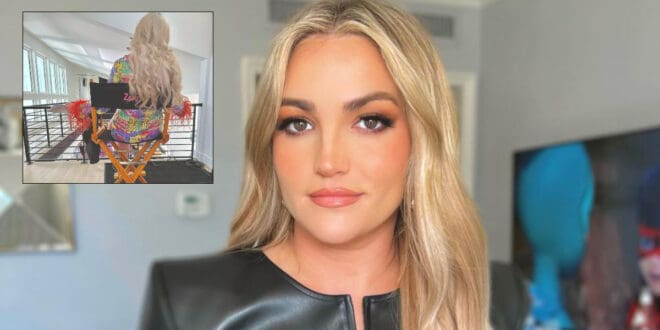 Nickelodeon, the network which aired the popular series from 2005 to 2008, announced that a reboot is in the works on Jan. 12, according to Deadline. The reboot, called Zoey 102, is a full-length movie starring the series’ original characters and is set to air on Paramount+.

The 31-year-old actress/singer and younger sister of pop star Britney Spears, Jamie Lynn Spears will reprise her role as the series’ titular character, Zoey Brooks. She will also serve as the project’s executive producer.

Jamie Lynn Spears Is “Beyond Thrilled” To Star In The Reboot

While the original series followed Zoey Brooks and her friends as they navigated attending boarding school at Pacific Coast Academy in Malibu California, Zoey 102 will find the group in the present day as they reunite to attend a wedding.

The project will be filmed in North Carolina with an “exclusive premiere date” set for later this year.

Spears reacted to Nickelodeon’s announcement about the reboot, saying she was “beyond thrilled to be back” and continuing Zoey’s story.

“I’m beyond thrilled to be back alongside my PCA family and continue the story of Zoey and all the characters fans know and love,” Spears shared, according to Deadline. “As an executive producer, it’s been an exciting opportunity to work with such incredible talent as well as Paramount+ and Nickelodeon,” she added.

Zoey 102 will be directed by Nancy Hower and written by Monica Sherer and Madeline Whitby. In addition, Alexis Fisher, Hower, Sherer, and Whitby will serve as the project’s executive producers alongside Spears.

Spears first seemed to hint at a potential Zoey 101 reboot in an October 2020 social media post. The post includes a photo of Spears dressed in a purple sweater and matching bralette and jeans with the caption, *Zoey voice* ‘Are you ready?’”

*zoey voice* “Are you ready?” pic.twitter.com/57ghvuxFOP

Fans Are Freaking Out About The Zoey 101 Reboot

Fans immediately flooded the comments section of Spears’ post to express their excitement.

“OOOOOOOOOH! I know you see me standing herruh!,” another wrote, quoting a lyric from the original series’ theme song.

Prior to her social media teaser, Spears reunited with her Zoey 101 castmates during a July 2020 sketch on fellow Nickelodeon series, All That, PEOPLE indicated.

The sketch found the cast facing off with Spears as Stump, who refused to let them into the show.

“That’s us on the poster,” Massey said at one point, gesturing toward a photo with the cast members of the original Zoey 101 series.

The cast also previously reunited in 2019 with Massey, Flynn, Butcher, Underwood, and Victoria Justice (star of the Nickelodeon series, Victorious) sharing photos of the get-together to their respective social media channels.

Spears missed the reunion but shared a video of her castmates singing the Zoey 101 theme song, “Follow Me” on her Instagram. Besides missing the reunion, Spears shared she missed several FaceTime calls from her castmates as well.

“Not only did I miss the reunion, but I also missed the FaceTime, because I’m lame and fell asleep…. Thank y’all for the video and hope to see y’all very soon,” she wrote.

Ahead of the Zoey 102 reboot, Spears recently starred on FOX’s Special Forces: World’s Toughest Test but decided to self-eliminate because she missed her children.

Previous Reba McEntire Reunites With Melissa Peterman & Sings Duet Of The Judds’ “Girls Night Out” On ‘The Hammer’
Next Madonna Announces ‘The Celebration Tour,’ A Trek Celebrating Four Decades Of Music & Her Greatest Hits 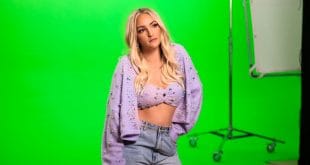