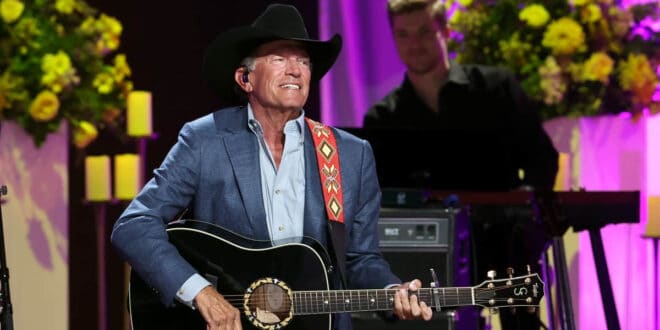 George Strait is gearing up to release a brand-new album!

The country music icon recently chatted with Cowboys & Indians Magazine, where he is featured as the cover star for January of 2023. During the interview, Strait revealed that he is currently working on a brand-new album.

“I like making records and plan on doing another one soon,” Strait shared with the outlet.

He then told the magazine that he is currently in the process of choosing that songs will appear on the project. “I’m narrowing down my song choices now. I’ve always said I’m a melody guy. A great melody can sell a song the best,” he said.

Strait continued, “A great lyric with a lousy melody maybe not so much, but a great lyric along with a great melody is obviously what you’re looking to create.”

The 70-year-old Texas native also teased that he is continuing to work with his longtime collaborator Dean Dillon on the project, who is the songwriter behind some of Strait’s biggest hits such as “The Chair,” “Nobody in His Right Mind Would Have Left Her” and “Ocean Front Property,” among many others.

“That’s why I’ve had such a great relationship with Dean Dillon,” Strait added. “I think he’s the best melody guy in the business. His lyrics are great as well, so there you go. There is no specific message or mood that I’ll be shooting for. I just want to put together a bunch of good songs that stand out individually.”

Later in the interview with Cowboys & Indians, Strait also said that his 41-year-old son Bubba Strait (George Harvey Strait Jr.) also had a hand in penning songs on the new album.

“It’s been great to see Bubba get into songwriting, guitar, and performing,” Strait gushed. “I love writing with him and we’ll have some new things for the next record.”

Earlier this year, during an interview with Pollstar in April 2022, Strait revealed that he re-signed with his longtime record label MCA Records.

“I just re-signed with MCA Records and I’m really excited about that and the fact that they still want me around,” Strait said. “They’re the only record company I’ve ever been with, and I guess the only one I’ll ever have. They can bury me under the building when that time comes.”

In the interview he also shared that he has plans to “make another record soon.”

George Strait Will Embark On A Massive Stadium Tour In 2023

Additionally, Strait recently announced that he will be hitting the road in 2023 on a stadium tour, which will mark Strait’s most extensive stadium trek in nine years.

The 2023 stint, which features support from Chris Stapleton and Little Big Town, will feature seven massive stadium concerts. The tour kicks off in Glendale, AZ at State Farm Stadium on May 6, 2023 and will also visit cities such as Nashville, Milwaukee, Denver, Seattle before wrapping up in Tampa, FL at Raymond James Stadium on August 5, 2023.

“When I walk through those curtains and see those smiling faces, my feet don’t touch the ground again ‘til I walk back out and get on that bus that got me there. That’s from a song I wrote called ‘I’ll Always Remember You.’ It’s a true statement,” shared Strait in an interview with Billboard. “When we talked about doing these six shows next year with Chris, it was a no-brainer for me. I was all in.”

“It just felt right. I had the opportunity to work with Chris and Little Big Town and everything just kind of fell in place for next year,” Strait continued. “I don’t do that many shows anymore, so if we can do a stadium where we can play for more people, that works for me.”

Stapleton later shared, “I love doing these shows with George about as much as I like doing anything. There’s nothing to compare it to. So many of his songs are in the ethos of what country music is. Playing these shows together is a great experience all the way around.”

See a full list of Strait’s upcoming 2023 tour dates below.

Previous Blake Shelton Jokes He Stole An Idea For ‘Barmageddon’ From Kelly Clarkson: “I’m Going To Do What Kelly Does But Do It Better”
Next Jelly Roll Speaks Out After Travis Tritt’s “Disrespectful” Country Rap Diss: “It Just Felt Like A Personal Attack On Me” 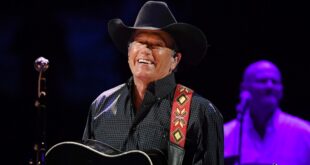 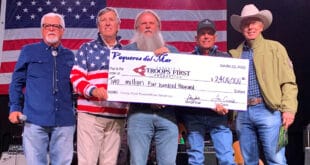 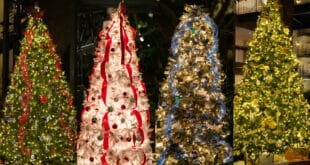