David Morris has caught the attention of music lovers with his unique fusion of country, rap and hip-hop music, telling the stories of his native Appalachian community, relating to people who often don’t have a voice. His reimagined version of George Strait’s “Carrying Your Love With Me” went viral on TikTok and “Dutton Ranch Freestyle” gives a nod to the hit television series “Yellowstone” as well as references to fellow artists Morgan Wallen and Whiskey Myers. His latest single, “Broken Heartland,” dives deep into the social struggles of Appalachian towns like his hometown.

Morris chatted with Music Mayhem about the core memory that inspired “Carrying Your Love,” the unusual sound that sparked the beat of “Dutton Ranch Freestyle,” and more.

The Charleston, West Virginia native credits the inspiration of “Carrying Your Love” to hearing George Strait on the radio. “I have a core memory of being a kid, being on the way to little league practice in my mom’s minivan. And I remember just hearing a guy say, ‘I’m carrying your love with me, West Virginia down in Tennessee.’ And I remember asking my mom, ‘Did he just say West Virginia on the radio?’ I just thought that was so cool.”

That snapshot of his childhood led to Morris becoming a huge George Strait fan, so when he talked to his producer about sampling an old country song, he knew that song was the perfect fit. Both Morris and his producer are from West Virginia, making the song even more special.

When it came to writing “Carrying Your Love,” Morris wanted to stay close to the original concept, with the traveling character who is missing home. His reimagined version of Strait’s hit resonated with fans and quickly went viral on TikTok, reaching the number three spot on the social media platform. Within a week, the song went from 2,000 uses to 22,000 uses. “That’s when we really knew that something had kind of taken hold. And so it was just really watching the TikTok numbers and stuff. It was a wild, wild run.”

Morris’ next viral hit, “Dutton Ranch Freestyle,” started with an unusual beat. About nine months ago, he was wrapping up a session with producer Brandon Manley, who hit his dip can, about to put some dip in. “I always make fun of him for it cause I’m like, dude, you don’t need to be dipping. It’s not good for your health… But I was like, Hey, we should make a beat outta that,” referring to the dip can. Manley didn’t think he was serious at first, but a couple of weeks later, they made the beat. “I just started writing to it and started coming up with these kind of colorful pictures and lyrics of what I wanted to say.”

“Met a girl downtown at the bar last night and we got to talking / Said, “She likes cheap drinks and tattoos and Morgan Wallen” / She said, “What about you?” I said, “I like late night bonfires / Yellowstone, Whiskey Myers and lifted trucks with mud on the tires”

Morris says the inspiration came from his social media. “On your TikTok and your social feeds, you see trends and different stuff and I see a lot of girls posting Morgan Wallen. And so it kind of came together just in a sense of me wanting to pay homage and show love to these things that I think everybody loves and do in a way where it’s like, this is gonna turn some heads.” He added, “It’s just trying to go against the grain and continuing to carve out my own land of music. And I’m a big fan of Yellowstone, big fan of Whiskey Myers, a fan of Morgan Wallen.” Morris says he’s gotten great feedback from his fans, seeing them scream all the words at his shows every night.

Originally, he planned to shoot the music video at the actual Dutton Ranch in Montana where Yellowstone is filmed, but the show was in production, so he scrambled to come up with a plan B on a deadline. The West Virginia State Fair was happening at the time and Morris had always wanted to shoot a video there, thinking it would be a fun, cinematic place. He ended up shooting the video there and during it, his videographer lamented that he wished they had more time, because one of his friends has a ranch in Montana that they could shoot on. They rearranged their schedules with 48 hours notice and filmed at that ranch. Since they had so much footage from both locations, they got creative with the editing, rewinding the track.

On his latest single “Broken Heartland,” Morris narrates his journey from Appalachia and the current realities his community faces.

“It’s important to me to talk about where I’m from and the struggles that the communities go through and the families go through and people go through because those are the people in America that don’t have a voice,” says Morris. “I feel like we spend so much time in music where people are either getting people looked down upon or being talked about in a negative way. In hip hop, they glamorize all this stuff. If you don’t have money, if you don’t have these things, you’re not cool, per se. So we either are talking down about people or we’re simply talking about we want these things, we wanna get out, we wanna do this stuff.” He added, “I just wanna be reporting live from the heartland, from America, from West Virginia, from my hometown. From your hometown. I’m not preaching to anybody, I’m not trying to get anybody to be a certain way, there’s no politics involved. It’s just me looking around and observing.”

The haunting music video for “Broken Heartland” was filmed at Lake Shawnee Amusement Park, which has been abandoned for decades. “I thought it represented the song in a sense of we all have a dark past, we all have something that we’ve struggled with or obstacles or communities have been through a lot, just trying to tell those stories and maybe change the narrative on some stuff,” says Morris. “I just thought it was a very fitting place to go. And it was surprisingly not as creepy as the internet made it out to be. It was very cool, it was very chill… it was definitely a West Virginia bucket list item for me for sure.”

Morris’ Hometown Heartbreak EP is a segue for an album on the horizon in the next few months, which he says will be “giving people an idea of life in places like my hometown of Charleston, West Virginia.” Morris says that he spent so long-running away from home, in a sense, going to New York, then L.A., and now Nashville. “I was like, I’m not gonna represent West Virginia… West Virginia isn’t cool, there’s nothing there for me. And that’s what I think a lot of people do from their hometown. They wanna get the fuck out, never come back. And it took me many years of being an artist and soul-searching and finding out that, hey, maybe what I’m running from is what makes me who I am, and maybe the place that raised me is a place that I should be proud of and I should be talking about those things. And maybe even though stuff isn’t great and even maybe some stuff is mundane or boring or seems unexciting, well maybe those things are the most relatable. And maybe those things are what can draw an audience to relate to you.” He added, “I think as an artist, that’s my number one goal is wanting to relate to people. And so Hometown Heartbreak is just a collection of songs in an EP form that we think can allow people to relate a little bit to my story.”

While on the road with Kidd G on his “The Kidd Next Door Tour,” Morris connected with fans in new ways. “My favorite memory is just building that relationship with the fans and meeting new fans and stuff. And we obviously have a great crew. We’re having a lot of fun backstage and behind the scenes stuff, but it’s more so just really being able to meet fans. I’m one of those guys. I will stay an hour after every show. Security’s trying to kick us out and I’m meeting fans, taking photos and stuff. And that’s the coolest part of this.”

Morris also opened for Jelly Roll this fall, who he respects for his authenticity. “His fan base, just like Kidd G’s fan base, it’s a real audience that has attached on to the artist because they have a story, they have something authentic and real to say. And I know Jelly Roll a little bit from the internet and we communicate on social media and stuff and I hear nothing but incredible things about this guy and what he’s built. And it’s just awesome to see how he treats his fans.”

Looking ahead to 2023, Morris is planning a headlining tour for the Spring and dropping an album.

“We have a lot of great music on deck and a lot of pop sounding records and big stuff and more Dutton Ranch stuff,” says Morris, who is looking forward to sharing new layers of his artistry. For fans who discovered him through “Carrying Your Love” and “Dutton Ranch Freestyle.” he wants them to know there is more to who he is. “What’s hard is creating an audience and a fan base that’s gonna stay with you because you have a story, because you’re saying something of value. There’s so much music these days that’s here and gone. So it’s just really important to us to continue to let people know that I have something to say of value.”

The country singer-songwriter and rapper will also be hitting the road with Russell Dickerson on his upcoming She Likes It Tour for select dates in February 2023, throughout the Southeast. 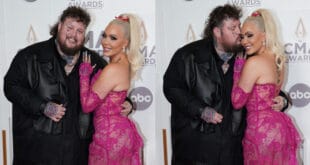 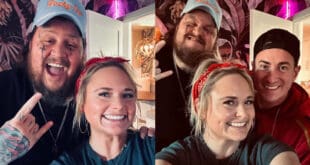 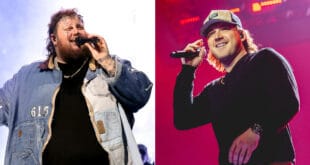 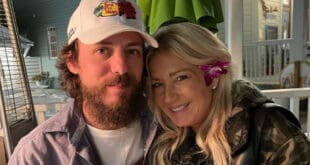 "It’s my favorite song I’ve ever recorded and released. It’s 100%, totally, about my wife, Kelly, as you can probably imagine,” Janson said of his new single "All I Need Is You."