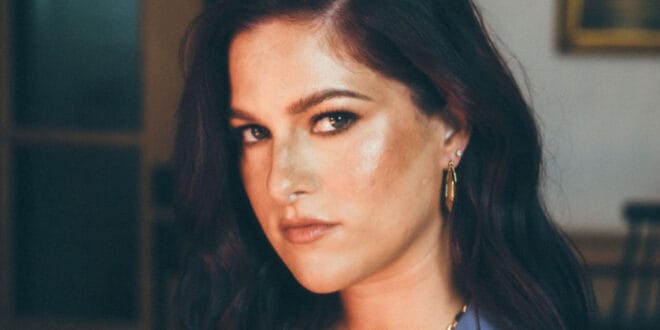 Before they were collaborators, Levi Hummon opened for Cassadee Pope and she didn’t know it.

“I don’t know if Cassadee knows this, but she was actually my first ever show outside of Nashville,” Hummon tells PEOPLE in a joint interview with Pope.

But he’s always wanted to write with her. He’d even save song titles for use on their hypothetical projects. It seemed like he’d never get the opportunity to make it work.

“Even this [writing session] got moved three or four times,” he joked. “But this time, I was determined to make it work.”

Their new track is titled “RSVP,” and while it doesn’t stray far from fitting into the country genre, this ballad leans a bit more into pop.

Check out the music video below.

“It wasn’t really a country song,” Hummon says. “It wasn’t really a pop song. It wasn’t anything, but just kind of a story about being alone after the party and wishing that one person you wanted there was there. The whole time, Cassadee kept bringing up the ‘Ross and Rachel’ [the characters from Friends] thing, where they both want to see each other but it never comes to fruition. That’s what Cassadee really contributed to the song. I mean, she elevated the song to a whole other level.”

She’s collaborated with plenty of other artists over the years, including Chris Young and Little Big Town.

“I love everything I’ve ever collaborated on with anybody else before,” she says. “Often I come in after the song’s been written and I try to add my spin to it. But this is really the first collaboration that I got to really creatively contribute to and be another writer in the room for.”

It was a truly unique experience for Pope.

“The subject matter is something that gets covered constantly in movies and TV shows, but I’ve never really heard it in a song like this,” she says. “So I really was proud that we stayed on track and really got that feeling across in the end.”

The duo deliberately left some mystery to the story in the song.

“We don’t want to over explain in the song,” Hummon says.

“Basically all he wanted was her,” Pope adds. “And she never showed up.”

The track marks a pivot for Pope’s career as she says that she intends to continue leaning into pop punk music.

“I’m moving away from the country space and going more into pop rock where I came from initially,” she says. “I’m glad that ‘RSVP’ kind of straddles those lines. It’s a great kind of bridge for me between what I did and where I’m headed with my next solo project.”

Cassadee Pope launched her career with the pop-punk band, Hey Monday. The group had several hits including “How You Love Me Now,” “Homecoming,” “6 Months” and “Candles.” She recently released her own pop-punk inspired country project, foreshadowing the move away from her time in country music.

Previous Kenny Chesney Honors Late Rescue Dog With New Song “Da Ruba Girl”: “Ruby’s Life Is Going To Pay It Forward”
Next WATCH: Morgan Wallen Recalls His Journey On ‘The Voice’ & How He Got His Start In Country Music 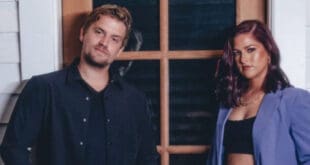 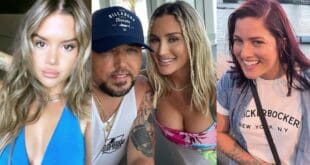 Maren Morris, Cassadee Pope Call Out Jason Aldean’s Wife Brittany Aldean: “It’s So Easy To Not Be A Scumbag”