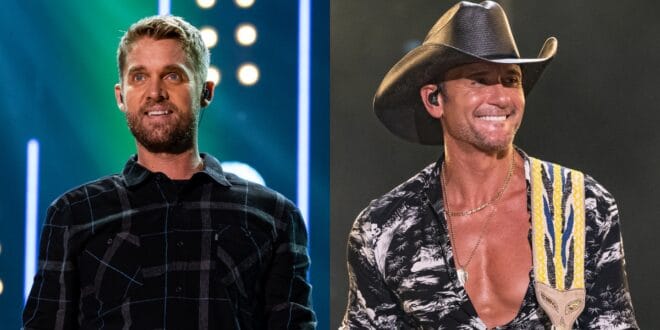 Brett Young Wants To Duet With Tim McGraw: “[He] Got Me Into Country Music In The Early ’90s”

Brett Young has a dream collaboration that has yet to happen, but he hopes will, and it’s with the artist who got him into country music.

In a recent interview with a Canadian radio station called Pure Country, Young revealed his dream duet partner and that if he was ever a chance to collaborate with this country singer, he would take it in a heartbeat.

While Young says he’s checked a lot of his dream collaborations off with the release of his Christmas project, Brett Young & Friends Sing The Christmas Classics. The recently released album which features duets with Darius Rucker, Colbie Calliat, Sam Fischer, and more.

However, Young said there is still one country superstar that he would love to collaborate with.

“I got to do a ton of that with the Christmas record, which was really fun for me,” Young said. “All the way from a couple of my favorite country artists all the way to Sam Fischer, who’s one of my favorite voices in pop music to Darius [Rucker], Maddie & Tae, Colbie Calliat, who I’ve been a big fan of for a long time.”

“So, I got to check a ton of boxes with this Christmas record, but there’s one still outstanding, and it’s within the genre, and it is the artist that got me into country music in the early ’90s, Tim McGraw,” Young continued. “So, if there was ever an opportunity there, I would take it in a heartbeat.”

Watch the full interview below.

The project features 8-tracks, of which 7 are duets, that make up a star-studded list of collaborations. The project includes his previously released cover of “Silver Bells” as well as collaborations with Rucker, Calliat, Fischer, Maddie & Tae, Chris Tomlin, Dann Huff, and Phil Wickman.

“I’ve always known that I wanted to make a Christmas album one day, it was just a matter of figuring out how I could do something a little bit different,” Young shared in a press release. “We tapped into an old school, lo-fi sound with ‘Silver Bells,’ and knew we had the blueprint for a full album. It means the world that so many incredible artists who I respect were open to singing with me on the project… we don’t take the title ‘Brett Young and Friends’ lightly!”

The show will air on Dec. 8 on CMT, and will feature stars such as Caillat, Rucker, Gavin DeGraw, Boyz II Men, and Maddie & Tae.

Watch a sneak peek of the upcoming show above. 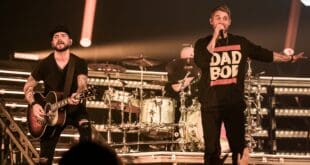 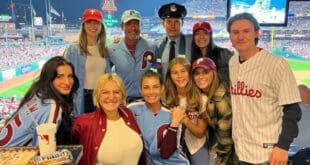