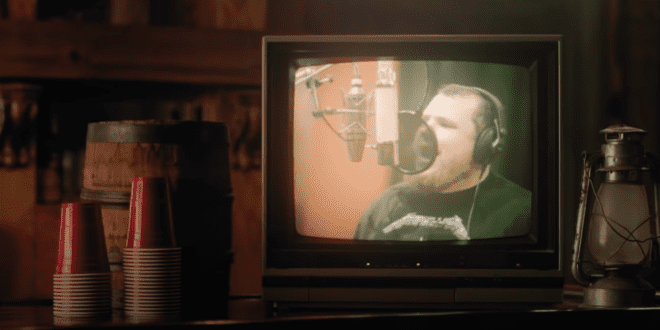 9 Fun Facts From Luke Combs’ “Cold As You” Music Video

Luke Combs shared the music video for his latest single and it’s full of “easter eggs.”

The country superstar shared the music video for his latest single “Cold As You” on Tuesday (Aug. 24) evening and it’s seemingly a follow-up to Combs’ “Hurricane” music video, which was released nearly 5-years ago.

The clip features his mother Rhonda Combs, as well as Nick McNeil & Katie Cronin, both who appear in Combs’ “Hurricane” music video. However, according to the country superstar there are several easter eggs throughout the clip.

“The “Cold As You” music video is out now! Lots of easter eggs in this one,” Combs captioned a teaser clip of the video on social media.

“Cold As You” was co-written by Combs alongside Randy Montana, Shane Minor and Jonathan Singleton,

The track follows his eleventh chart-topping single “Forever After All,” and appears on his deluxe album, What You See Ain’t Always What You Get. In addition to co-writing the track, Combs also produced the track with Singleton and Chip Matthews. “Cold As You” is expected to the the final single from the aforementioned album before Combs releases new music/album 3.

We compiled a list of 9 fun facts we could find in the new music video and listed them out below.

In the song Combs sings “neon 5 o’clock broke clock,” which he gave a visual to in the new music video.

Throughout the clip Combs references previously released music videos, most notably including “Hurricane.”

The lead male, Nick McNeil, and lead female, Katie Cronin, are the same two who acted as characters in Combs’ “Hurricane” music video.

The video was filmed in Troy’s 105 Diner, which is in Boone, North Carolina, the same town where the university Combs’ attended is located. Combs’ attended college at Appalachian State University in Boone.

The bar in the clip is Dale Earnhardt Jr’s Whisky River Saloon.

Mini-Luke Combs & Nicole appeared in the new music video, the same actor/actress that played them in the “Lovin’ On You” music video.

Nod To “Lonely Ones” Song

During the opening clip of Combs’ mom Rhonda talking to actor McNeil, she says “you know, I’ve seen guys like you in here before. You’re not the only Lonely One.”

Fans Think Album 3 Will Be Released In November

In the clip, Combs’ mom gives McNeil a coin for the jukebox, and when he inserts the coin he presses the number 26 and beside it there are numbers that add up to the number 11. So fans have taken to social media asked the country superstar if his new album will drop on November 26.

The Video Was Directed By Tyler Adams Of TA Films

The music video was directed by TA Films’ Tyler Adams, who also directed the music videos for “Beer Never Broke My Heart,” “Hurricane,” “One Number Away” and “When It Rains It Pours.”

Previous Charlie Watts, Rolling Stones’ Drummer, Dies at 80
Next WATCH: Kane Brown Performs “One Mississippi” For The First-Time Ever On ‘Jimmy Kimmel Live!’