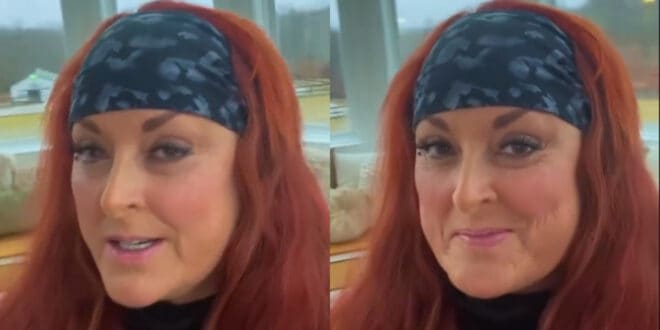 Wynonna Judd shared a “mental health” check in on social media after fans showcased concern over her well-being.

The 58-year-old Country Music Hall of Famer shared a video on social media addressing comments from fans who expressed worry over her health after she was forced to cancel her New Year’s Eve appearance in Nashville over the weekend.

Judd, who was set to share the stage with Kelsea Ballerini for a special collaboration, abruptly canceled her appearance due to an “extreme bout of vertigo.”

She said she was “heartbroken” to let her fans down and promised to see them soon when she launches the next leg of The Judds’ Final Tour in February.

Fans were quick to share get well messages with Judd via social media, however, some expressed worry for her mental and physical health.

“Wynonna…please just take care of yourself. You have had one grueling year and then Concert after Concert… I admire your grit and grace in showing up, but Might I suggest you have just been pushing too hard ? Be gentle with your self please,” one Facebook user urged. “Get in your PJ’S rest, sleep, make no commitments until you are truly ready. Your fans will agree , you come first. It’s only you, no one else matters.”

Another wrote, “I’m worried that her ‘manager’ is pushing her too hard. The term ‘hit it while you’re hot’ was used. I don’t believe that is in her best interest mentally and physically. For God’s sake…she just tragically lost her mother. Seems like her manager is getting a little greedy at the expense of her health. She just doesn’t appear well. I would like to see her take an extended break for her own mental and physical health.”

After seeing the comments from concerned fans, Wynonna Judd decided to address fans via video to let them know she is okay.

“Well I’m okay… Checking in. I have heard some of the comments and the first thought I had was opinions and butt holes and then I realized people are genuinely concerned,” Wynonna began.

She went on to share an honest update about her well-being.

“So, I want to respond to that piece. I am working so hard on my mental, physical and spiritual well-being. I have a great team and I’m really blessed and I’m broken and I’m working really hard at self-care, which is not selfish. It’s sacred,” she said. “So, just know that, yeah, I’m me. I work really hard. We call it Wynonna incorporated because I incorporate a lot into my life. I have a very full schedule, but I also have time off to be on the farm and to walk in the woods and to take the dogs. Tonight is Mexican night, we’re playing games and it’s family. So, I’m okay and last thing I’m going to say is you can’t keep a good woman down for too long.”

Wynonna will soon embark on The Judds: The Final Tour 2023. The trek is a celebration of the legacy of The Judds and launched following the death of Naomi Judd in 2022.

The 2023 leg of the tour kicks off on January 26 in Hershey, Pennsylvania and runs through February 25, 2023, in Hollywood, Florida. Martina McBride, Ashley McBryde, Brandi Carlile, Kelsea Ballerini, Little Big Town, and Tanya Tucker will also join her on the tour.

“I am so humbled by every artist that has come to sing with me on this tour,” Wynonna previously shared. ”They’ve all managed to bring something so unique to The Judds music and I can say that no two shows are the same. It has been so life-giving!”

Additional details about the upcoming tour can be found HERE. 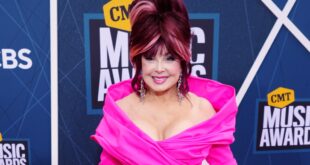 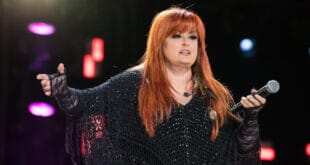 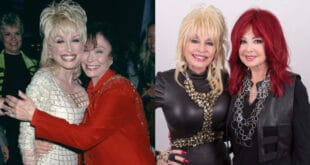 Dolly Parton On Grieving Loss Of Loretta Lynn & Naomi Judd, Reveals Alan Jackson Song That Reminds Her Of Them