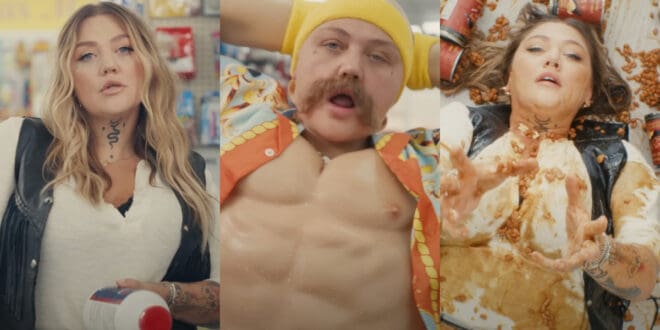 Elle King has released yet another track from her highly anticipated first true country project, Come Get Your Wife, – “Try Jesus.” Listen to the spirited new release here!

Written by King alongside Geoffrey Warburton, Casey Cathleen Smith, Ashley Gorley and Ben Johnson, the catchy single finds the star searching for a more fulfilling relationship, as all of the men in her life only let her down.

“Mama’s been praying I’d do some changing/ After all this heartbreakin’ it’s finally got me thinkin’/ I should try Jesus/ See what all the fuss is about/ Thinkin’ I should try Jesus/ Cause every other man let me down/ Got me singin’ ‘Hey Hallelujah, A-freakin’-men’/ Baby, I don’t need me anybody but him,” sings the four-time Grammy nominee.

“‘Try Jesus’ came at a time I was trying to give my life over to something greater – and you can feel it,” explained King.

With a track as spunky and upbeat as “Try Jesus,” King knew the video needed to reach – if not exceed – the same level of sass. To accomplish that goal, the singer asked a co-star from her favorite series to join the video.

“The Righteous Gemstones is one of my favorite shows and I adore and have a hell-a respect for Edi Patterson who plays Judy Gemstone,” shared King. “She responded quickly to my DM and said she would love to work together. She came up with the concept and believe it or not this is her directorial debut! She’s such a pro and brought this energy, focus and joy to the set and I’m so excited this video is finally out!”

“My goal with the concept for this video and for the execution of it was to have an idea that helped Elle feel totally free to be completely gorgeous and wildly funny. Spoiler alert-she’s really, really good at both,” added Patterson of the video.

“I feel truly blessed that the INCREDIBLE @edipattersonhi not only directed the video, conceptualized it, and still allowed space for it to be a collaborative burst of silliness and beauty.

I am so in awe of what can happen when women in this industry lift each other up, see, express talent, make people laugh their asses off, and have FUN with creativity,” King gushed on Instagram.

While fans will have to wait to listen to the entirety of Come Get Your Wife until it’s January 27 release date, they can stream previously released tracks “Out Yonder,” “Worth A Shot” (featuring Dierks Bentley) and megahit “Drunk (And I Don’t Want To Go Home)” with Miranda Lambert now.

“This whole album is a crazy quilt of all sorts of moments and things that might not seem to go together, but because they’re me, they do,” said King of the 12-track project. “It’s very Southern Ohio, very who we are – and very much a lot of people who are just like me, because I know they’re out there.”

Co-produced by King with Ross Copperman, Come Get Your Wife touches on various topics from being a hot mess to a woman coming into her own, evoking a whirlwind of emotions from listeners. By combining rock, soul, (blue)grass and country, the edgy singer creates a record that encompasses how alive and electric she truly is, demanding listeners’ attention.

Preorder Come Get Your Wife here.

Come Get Your Wife Track Listing

Before You Met Me – Written by Tofer Brown, Meg McRee & Lauren Hungate

Blacked Out – Written by Elle King and Martin Johnson 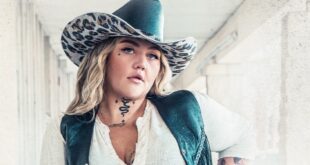 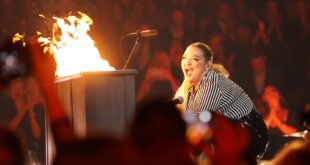 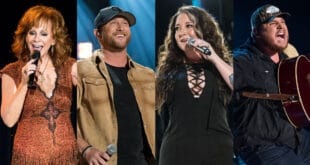