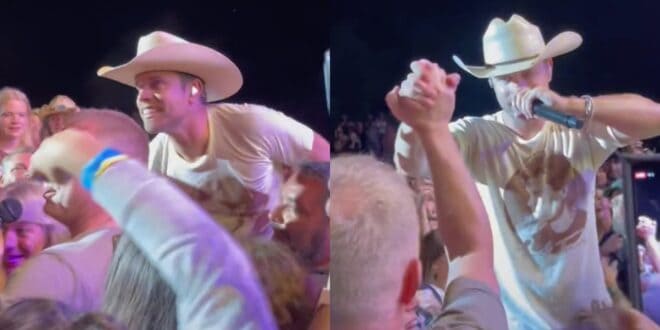 WATCH: Dustin Lynch Helped A Fan Propose To His Girlfriend During A Recent Concert

Dustin Lynch helped a fan propose to his girlfriend during a recent concert.

The “Momma’s House” singer watched as a male fan in the crowd proposed to his girlfriend. Holding Lynch’s microphone, the fan began the proposal, then turned toward the singer to hand back the mic as he got down on one knee and displayed an engagement ring.

@Dustin Lynch helped out a couple at his recent concert! #countrymusic #dustinlynch #countryconcert

Screams from the massive crowd could be heard as the lucky woman accepted the proposal. Other fans who were gathered around the newly engaged couple took video of the moment with their cell phones.

After Lynch high-fived the future groom, he added, “I won’t forget this show now because of you two. Thank you so very much.”

At that moment, Lynch turned to his massive crowd of fans, saying, “Let’s go play some beer pong to celebrate those two.”

The moment is not the first time Lynch has helped someone pop the question. Back in 2017, Lynch helped California firefighter Tony Cresta propose to his long-time girlfriend Taylor on his Ride Or Die Tour.

“Tony, I know you have some words to say real quick to these fine people,” Lynch said, as he assisted with the proposal. Lynch shared video of the moment to his Facebook page, writing, “Just a few cowboys in the City of Angels,” before adding the hashtag, #TheRideorDieTour.

In another instance, Lynch helped his hometown friends with their proposal. Lynch brought his friends, who are the reason he started singing, on stage at the Grand Ole Opry for a picture before their big moment.

Lynch is currently performing on his Party Mode Tour. He has added more shows to the tour, with tickets going on sale at 10 a.m. this Friday (Sept. 23). King Calaway and Adam Sanders will open for Lynch on select dates of the tour.

In addition, Lynch will serve as support alongside LOCASH on Kane Brown’s Drunk Or Dreaming Tour, which kicks off in March 2023.

Lynch released his latest song, “Wood On The Fire” on Sept. 9. 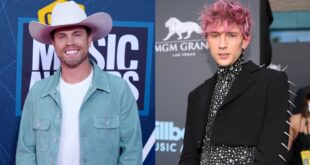 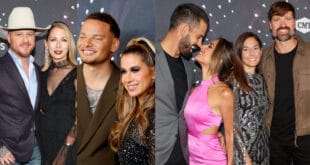