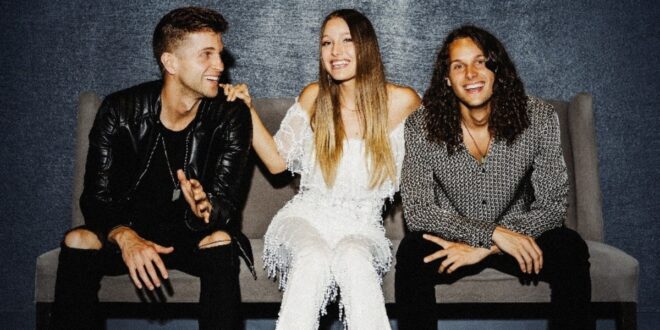 Season 21 NBC The Voice winners Girl Named Tom ’tis the holiday season with the release of their debut EP, One More Christmas, via Republic Records! Listen to the festive project here.

“We poured our hearts and souls into this magical album … We hope you love this brand-new Christmas classic as much as we do!” the trio captioned an Instagram video singing their version of “Have Yourself A Merry Little Christmas.”

Girl Named Tom collaborated with the respected Scott Hoying of Pentatonix for their standout track “Homesick Melody.” The engaging and emotionally charged track marries the trios’ angelic voices with a nostalgic hook.

Girl Named Tom is currently supporting Pentatonix on their A Christmas Spectacular Tour. The massive 22-city stint kicked off on November 17 in Oakland, CA and will go coast-to-coast before wrapping up just in time for the holidays on December 22 in Uncasville, CT.

The group — consisting of siblings Caleb, Joshua and Bekah Liechty — made history last year as they became the first trio to win The Voice. The trio were coached by Kelly Clarkson and marked Clarkson’s fourth victory during her stint on The Voice, which she recently revealed she will not be returning as a coach during the upcoming season of The Voice.

Since their amazing accomplishment, they have reached career highs, like their Opry debut on October 19 of this year. 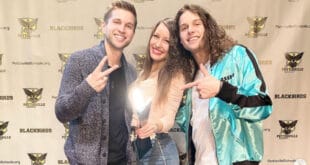 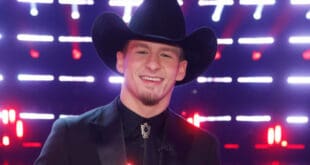 WATCH: BRELAND Makes Debut On ‘The Voice’ With Performance Of “For What It’s Worth”