The Dangerous Summer have announced their new album Mother Nature, out June 14th via Hopeless Records, and have shared the latest single “Way Down“. Fans can watch the music video here and pre-order Mother Nature here.
Speaking to the new single, the band said, “This song’s about losing everything, and reveling in self degradation and pity. When the world hits you, asking it to hit harder, and embracing the pain.”
After a five-year hiatus, the band released their self-titled album early last year and has band has been touring non-stop since, rekindling their love and resolve for playing shows, being on the road, and writing music. Energized, the band went into the studio with Sam Pura (The Story So Far, Basement, Hundredth) and began recording new music.
Speaking to Mother Nature, The Dangerous Summer frontman AJ Perdomo said, “The album title ‘Mother Nature’ is meant to provoke thefeeling of a powerful force, and living within and alongside that force.”
He continued, “The mother, who brought us here, she will swallow us whole in the same breath. Also holding tight to the feeling of the mother, and that nature is female, and a mother to all of us. Growing up with my daughter, I feel the connection to the earth and the female spirit that theworld embodies.”
Pre-orders for Mother Nature are available now, and include an instant-grat download of “Way Down” and the album’s first single, “Where Were You When the Sky Opened Up“. The band will kick off the Mother Nature tour on May 24th with support from Have Mercy and Modern Chemistry. For a full list of dates, please see below. Tickets are on sale now at www.thedangeroussummer.us
Mother Nature tracklist: 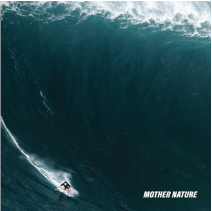 3. Bring Me Back to Life

7. Where Were You When the Sky Opened Up