Throughout 2022, rising independent artist Spencer Crandall has steadily released singles that are now part of his six-chapter album Western. Through 20 tracks, Crandall tells the story of where he’s been, where he is now, and where he’s going with country and pop-infused melodies.

Crandall chatted with Music Mayhem about writing his latest single “Our Forever” with Rhett Akins, how his new album Western poses questions while proposing solutions, and the scientific magic that goes into creating the set list for his shows.

The day that Crandall walked into a room to work with hit songwriters Rhett Akins and Kelly Archer, he came prepared, albeit nervous. “I brought in like six different options for us to write,” recalls Crandall. He had written the first verse and chorus of “Our Forever” and decided to pitch that idea. “I bring it in and I’m shaking about to play it for Rhett, cause he’s one of my songwriting idols.

After hearing it, Akins decided to mess with Crandall. “I play the last chord of the chorus and he’s like, ‘Man, I don’t like that at all.’” Heartbroken, Crandall tried to pivot the conversation. “I’m like, okay, well we can do something else. We can do something different.” Akins fessed up to his teasing, saying, “Nah, I’m just f*cking with you. That’s great, man. Let’s do it.”

Crandall admitted he was on the verge of tears and ended up crying happy tears. Akins’ validation meant the world to him. “He was like, Dude, I think this is a hit and I believe in you.”

“Our Forever” appears as the last song in the last chapter on Western, which Crandall says is the perfect fit for the emotion. “If you go through the journey of finding yourself, you’re gonna attract the right person. And then if you attract the right person, there’s this moment where you know they’re the person you must spend forever with. I’m so glad I get to tell that story.”

When Crandall set out to record and release new music, he was intentional about telling stories to help fans get to know him better. Crandall wanted to answer a few questions and take listeners on a journey. “I think every great album answers, Where do you come from? Where are you now and where are you going? And that was my goal with this album,” he says.

The Denver, Colorado native has always loved music, but it wasn’t until injuries sidelined his college football career that he picked up a guitar and started leaning into music. Western tells his story of being a dream chaser without any sugarcoating, the good and bad of that journey.

“It tells the story of chasing your dreams, but more specifically, what it looks like to chase your dreams undeniably with no plan B, to go for it. And it talks about it in not a Disney way, not like the perfect what we want it to be, but the real way, which is healthy and unhealthy.”

Western includes six chapters, which describe life by proposing a problem and then a solution. “Scorpion, Mustang, Revolver, Pickaxe, Desert, Gold. Each one of those is really like a piece of my heart and something that I either struggle with or something that I strive for.”

Crandall says that Scorpion is about fear and overcoming it, while Revolver is about toxic cycles and Pickaxe is about breaking those cycles. He describes Desert as a cautionary tale. “Don’t go any further than this because you’re gonna end up in the wrong place.” Crandall concludes with the hopeful Gold chapter. “If you do everything right, you can end up in the right place.”

Tackling those autobiographical introspective topics requires vulnerability, which Crandall was able to experience with trusted co-writers. “It’s harder than I like it to be,” he admits. “Luckily I’m pretty good friends with a lot of my co-writers. I’m not traditionally the guy who just goes and writes with anybody. I kind of find my people. That’s been a helpful way because I feel like I’m just hanging out with my buddies and we’re just talking about life.”

An example of that process coming to life was the song “Side of the Stage,” which was the result of Crandall pouring his heart out to his trusted friends and co-writers Lauren McLamb and Lydia Dall.

“They just listened and reflected back to me my own stuff,” says Crandall. “I literally said out loud, I mean, what’s it all worth if I look over at the side of the stage and nobody’s there”? Dall asked him to repeat what he said, encouraging him to craft it into a song. “All of a sudden I’m like, whoa, that’s a really cool song and it’s vulnerable. And all it did was come from a real conversation. I think that’s what all great songs are. It’s like you get to be a fly on the wall in a therapy session or a great conversation or a breakup or a proposal… that’s what great music should be.”

In addition to his self-penned songs, Crandall included a couple of cover songs to help tell the story. “There were a few times I was like, man, I wish we had a song like ‘Anyone’ or like ‘Still The One.’” His manager convinced him to record the songs, but make them his own and help draw in new fans. “I just wanted it to feel like a version of the song that honored the original yet, like it was my own take and felt like Spencer Crandall.”

Western is the follow-up album to 2020’s Wilderness, where Crandall was trying to find his sound. “I found that in Wilderness through the process of making it so that in Western I was really geared up and had the ammunition to make the project that I knew I could make.” He added, “I learned so much in the last couple of years of the stories I want to tell and really pushing myself to not just write a song but write the song.” That persistence led to Crandall writing a song idea multiple times before landing where he wanted. “I would write them seven, eight, 12 times. Throw them away, burn them alive and start from the ashes, like a phoenix.” He added, “I think in some of my other projects I would’ve stopped at five or six and been like, this is pretty good, right? But this time I said no, it has to be A plus or it’s not on the album.”

He uses that same intentionality when creating the set list for his live shows, blending a little math with a little magic. Crandall revealed that he looks at his songs’ statistics on Spotify to help curate his set, but he also listens to his instincts. “It’s a very odd science,” he says. “There’s definitely a story that I wanna tell and there’s a kind of ride that I want people to come on emotionally with us and I want people to have fun.” Part of that escape from reality is what he calls the “shower medley,” pop songs he sings in the shower. “It’s stuff from Disney to super racy, hip hop stuff.” He also includes an acoustic moment that reflects his country music roots. “I tell a story of a couple of the songs and really strip it down to the bare bones, what country music’s all about.”

“It was just so surreal,” he recalls. “I say this and I don’t think people understand that I didn’t necessarily set out to do all of this. I was a guy who went to go play college football and got hurt and all of a sudden was bored in my dorm room and just picked up a guitar and from the bottom of my heart loved country music my whole life.”

After he started playing music, he was astounded by its impact. “Once I started making it, I was like, this is free drugs. What is this? This is incredible.” Crandall was content with music as a hobby and started posting cover songs. “To go from the guy in the dorm room to the Grand Opry was very surreal, very full circle.”

The milestone moment was also special for Crandall’s family members, who are huge country music fans. “My aunts and uncles and dad used to dress up and pretend to play Opry growing up,” he recalls. “My grandma listened to it folding laundry.”

He added, “it really feels like a tip of the cap from your peers in the industry and all that is so special. I was just a mess the whole night. It was awesome.” Crandall says that his dream Opry collaborations would be with Keith Urban, Kenny Chesney, Rascal Flatts, and two iconic female singer-songwriters. “Taylor Swift. Absolutely one of the best, probably the best songwriter of all time and Dolly Parton. I just love her soul. She’s just so sweet. So even if I didn’t get to collab with her, I just wanna have brunch with her!”

Crandall wants to continue connecting with fans both on the road and online. He is currently on his Western tour, which crisscrosses the U.S. through January 21, 2023. For tour dates and ticket info, visit spencercrandallmusic.com.

“I have put every single ounce of my heart and soul into this project, so I would just love for people to check it out and DM me, tell me what your favorite song is,” says Crandall. “And I love that conversation too.”

Fans can connect with Crandall on Instagram and TikTok. 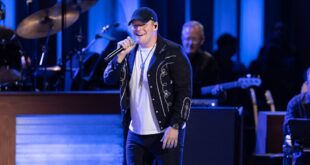 Spencer Crandall Receives Standing Ovation During Opry Debut: “I’ll Remember This Night For As Long As I Live” 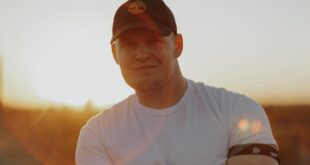 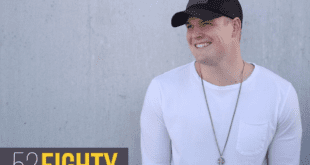