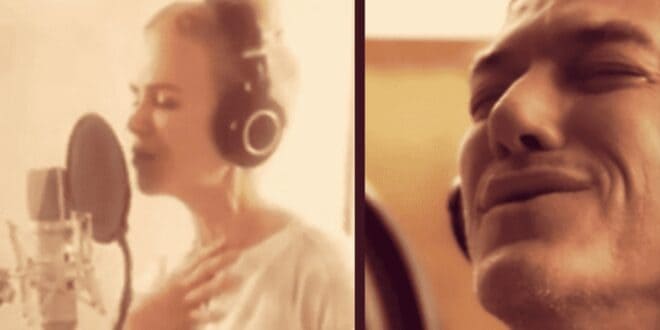 Luke Evans and Nicole Kidman stumble upon a perfect duet to an iconic breakup song.

The pair met in Australia when they were filming the Hulu miniseries Nine Perfect Strangers. It was during the show’s wrap when Evans was invited to Kidman and Keith Urban’s house for dinner, kindling a natural spark between the actors as they harmonized by the piano.

“When we wrapped the show, we had dinner one night in Nicole and Keith’s [Urban] house in Sydney. After dinner, Nicole was like: ‘Right, you’re singing, Keith’s gonna play the piano. He’ll play anything, just tell him the song,’ ” Evans shared in a press release. “So everybody came around the grand piano in their living room and I sang Adele’s ‘Make You Feel My Love.’ I knew that Nicole loved to sing, so she was joining in.”
Later, when Evans had proposed to cover “Say Something,” he couldn’t think of anyone better to duet the track with than Kidman.
After realizing his epiphany, he shared, “I already had that song in my head, because I knew that it would fit Nicole’s voice very well, that I could blend our voices. So I sent them the track, and Keith was like, ‘Genius – I couldn’t have thought of a better track.’”

He continued, “[Urban] sent me a little video of her in the booth recording. And she loved every minute of it. She was so grateful that I’d asked her. I was, like, ‘Grateful? You have no idea how grateful I am!’ But she’s a lovely woman, and a friend, and very generous with their time. To do something like this was really special.”

The heartfelt track is featured on Evan’s album, A Song For You, which dropped on Friday (Nov 4). The Welsh actor was ecstatic to be back in the studio singing, a passion he held long before his Hollywood career.

“I just feel really lucky as a singer, my first love, to do it again,” he said. “To sing these magical songs on an album which I’ll have for the rest of my life. I want everyone else to share that joy, too.”

“Thank you darling @TheRealLukeEvans for asking me to be a part of this duet! 🥰🎶 Listen to “Say Something” from his gorgeous new album #ASongForYou at the link in my bio xx,” said Kidman.

The numerous award-winning actress has dabbled in music throughout her career, dating back to her role in Moulin Rouge in 2001 where she played Satin— receiving an Oscar nomination for her performance— and most recently her character as Angie Dickenson in Netflix’s Prom (2021), a film about Broadway stars in a small town in Indiana.

However, when asked about ever performing in a Broadway musical by Sirius XM’s Andy Cohen, she responded with hesitancy.

“I don’t think my voice is strong enough,” Kidman said. “It’s not strong enough. I mean, Broadway is like… and also I just would feel so insecure.”
She continued, “I want to go and watch Broadway. I love going to see Broadway. I can’t wait to see Hugh Jackman. The Music Man, here we come!”

“But yeah, no. I don’t feel strong enough or secure enough to sing on Broadway,” Kidman said.

These days you will find Kidman working hard on screen in the Apple TV+ series Roar, and can stream Evan’s new album and single across all platforms. 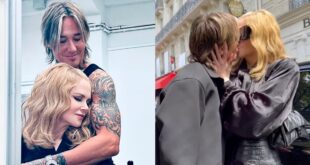 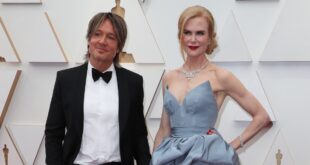 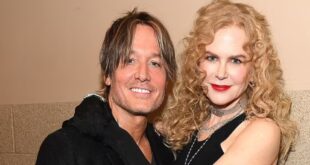