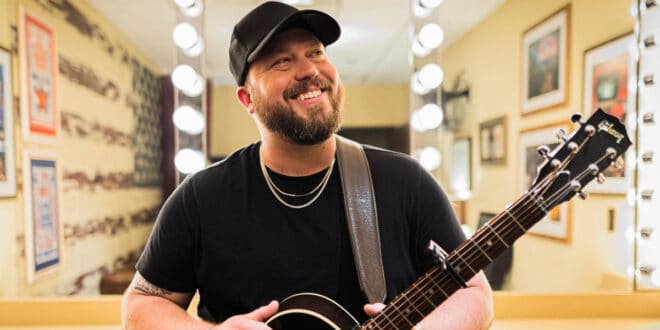 Mitchell Tenpenny is sharing more about his new album, This Is The Heavy, with fans.

During a recent interview with Country Now, Tenpenny described his style of country music as “farm emo” and also discussed “Good Place,” which is the one pop-punk song on his new record.

“I miss rock and roll,” Tenpenny said during the interview. “I really wish I could do some of the guitar things I’ve been wanting to do and it’d be accepted in this genre. And so we just went for it and that’s why it’s called ‘This is the Heavy.'”

Tenpenny grew up playing in rock ‘n roll bands, according to the same interview. He said his friends also used to be in emo bands but have now transitioned to country music. “It’s just a bunch of pop punk kids, writing country music,” he said.

It’s fitting then that Tenpenny has a new song called “Good Place,” which he describes as a more pop-punk leaning track. “Everyone was having fun with that one, ‘cause it’s more like pop punk with the power chords… it’s just energy the whole time. It’s a lot of fun,” Tenpenny explained of the track.

Tenpenny’s new album This Is The Heavy includes 20 tracks that he helped co-write and co-produce. The album’s track list is a bit longer than what’s typical for an album because Tenpenny said he had a difficult time narrowing it and it didn’t “feel right to do it all at 11 or 12 songs.”

Tenpenny released his latest album on Sept. 16, telling fans he was “so excited” for them to hear the finished product.

“ALL 20 songs are out NOW!!!! Y’all have waited a long f–ing time for this record. I am so excited for y’all to listen,” Tenpenny wrote on Instagram, adding, “TAG ALL YOUR FRIENDS. Let me know what you think.”

In addition to his latest release, Tenpenny is gearing up for his winter This Is The Heavy Tour, which kicks off on Jan. 26 in Salt Lake City, Utah at the Union Event Center. 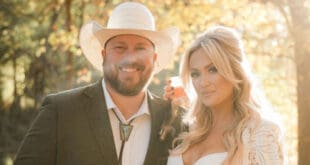