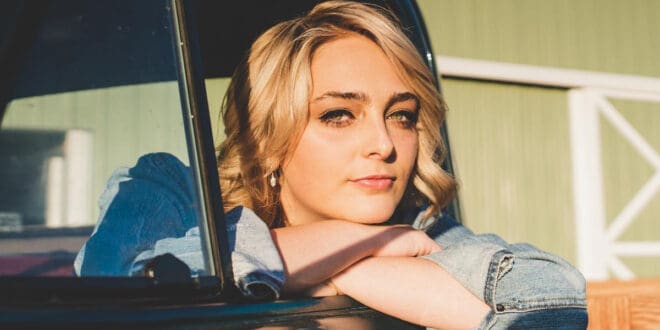 LISTEN: HunterGirl Thanks Her Hometown & Promises To Remain True To Her Roots In New Single “Hometown Out Of Me”

HunterGirl, whose real name is Hunter Wolkonowski, has always been proud to shine a light on her hometown of Winchester, Tenn. And, now she has a song out that does just that.

The rising country singer and Season 20 runner-up on American Idol, who recently signed a record contract with 19 Recordings/BMG, released her debut single “Hometown Out Of Me.” The tune, which officially dropped on Thursday (Oct. 20), was written with Laura Veltz and producer Jimmy Robbins.

Penned as a thank-you letter to her hometown, “Hometown Out Of Me” finds HunterGirl reflecting on her early years when she had the desire to venture outside of the world she grew up in. Despite wanting to see the world, she realizes no matter where she is, in her heart, she always sticks close to her roots.

“I’m never gonna not think / Heaven’s at the end of daddy’s little gravel road / I’m never gonna not be / The same old same me / Everybody back there knows / An apple’s still an apple when it’s nowhere near the tree / You can take me out of my hometown / But you can’t take my hometown out of me,” HunterGirl sings throughout the chorus of the catchy song.

In addition to sharing her new single, the Tennessee native also shared a music video for the tune that features footage of HunterGirl’s American Idol homecoming celebrations, clips from throughout her childhood, and more.

Sonically, “Hometown Out Of Me” showcases HunterGirl’s songwriting prowess as she becomes a storyteller in her lyrics. She also flaunts her singing abilities utilizing her smooth and soothing country vocals to sing the lyrics over an effervescent tempo.

HunterGirl received a ton of support from the people in her hometown during her journey on American Idol. She also played a big role in the town where she was raised, working as a musical therapist before auditioning for the reality TV competition series. Along with her new music, she debuted the cover art for her brand-new single on her Instagram page.

“My hometown has supported my dream since I was a little girl and especially through this crazy year of my life. I wanted my first single following the show to be a thank you card to my hometown and everyone in it,” HunterGirl captioned, alongside the image, which features her as a child smiling in a pair of overalls with her hair in pigtails. “The reason I get to chase my dream is because of the amazing people who have supported me. I wouldn’t be here without y’all. I love you guys, and I can’t thank you enough for the love you have given me since I was a little. This one is for my family and all the people I grew up with. No matter where music takes me, you can’t take my hometown out of me. 💛 OUT NOW!”

HunterGirl, who has been performing and writing songs since she was a child, teased “Hometown Out Of Me” ahead of its release, sharing a snippet of the tune’s chorus while seated in the front seat of a vehicle.

“Wrote a ✨NEW SONG✨this week! This one is called “Hometown Out of Me” 💛 I want to thank my hometown and all the surrounding counties for supporting me throughout my musical journey so far. You guys have gone above and beyond, and I love and appreciate y’all so much. Wrote this with @jammyrabbins and @lauraveltz 😊! Would love to know what you guys think! ❤️ #huntergirl#music #country,” she wrote of the song that was not yet released, at the time.

Fans can look forward to hearing HunterGirl’s new tune in person as she prepares to take the road with Idol winner Noah Thompson. The friends will kick off their co-headlining Fall Tour 2022 on Thursday, (Oct. 27) in Columbus, OH.

The trek will make stops in states, including (but not limited to as more dates are being added) Illinois, Missouri, Pennsylvania, Indiana, Tennessee, and Kentucky before wrapping up on Friday (Dec. 2) in St. Louis, MO.

Tickets for Noah Thompson and HunterGirl’s co-headlining tour are available for purchase now on each of their sites HERE and HERE. 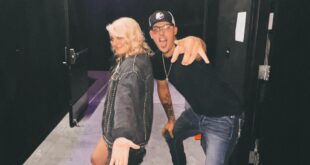