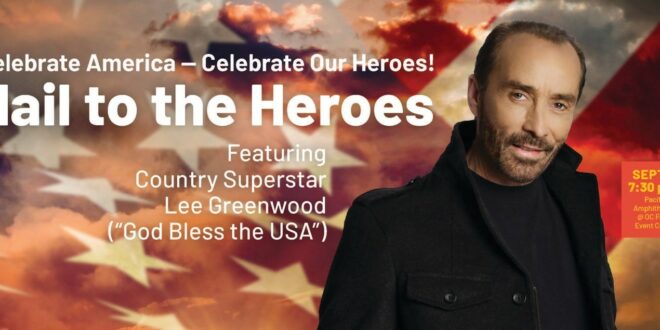 “If you’re proud to be an American,” join country music superstar Lee Greenwood when he makes his debut with Pacific Symphony on Sept. 8 at Pacific Amphitheatre. This first-ever major concert and community event called “Hail to the Heroes” salutes veterans, active military duty personnel and first responders. Award-winning actor Gary Sinise welcomes the audience in a pre-recorded video message honoring our nation’s incredible defenders. In addition to headliner Lee Greenwood, the concert features a lineup of patriotic and orchestral favorites, from “Battle Hymn of the Republic” and “God Bless America,” to themes by John Williams. The Symphony joins forces with Pacific Chorale to honor those who serve and keep our country safe. Sharing podium duties will be Music Director Carl St.Clair, Pacific Chorale’s Artistic Director Robert Istad and guest conductor Col. Arnald Gabriel, age 94, who was a gunner on D-Day in Normandy and for over two decades served as the commander and conductor of the United States Air Force Band and United States Air Force Symphony Orchestra. The evening’s master of ceremonies is James P. Connolly, who served as a Marine based at Camp Pendleton, and is currently one of the most popular comedians on Sirius XM Comedy. Also appearing will be 40s-style vocalists, The Swing Dolls and Bugle Boys. Tickets start at $25, but are free for active-duty military, veterans and first responders! Parking at Pacific Amphitheatre is free. Call Pacific Symphony’s box office (714) 755-5799 (Mon to Fri, 9am-5pm). https://www.pacificsymphony.org/Heroes 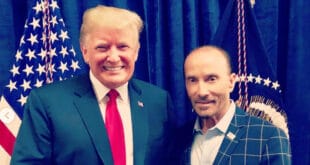 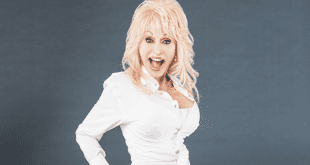 Dolly Parton, Lee Greenwood, Lonestar, Collin Raye And More To Perform For The Gift of Music Concert On January 30 At The Historic Ryman Auditorium 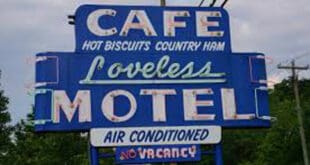 Heading to CMA Music Festival? Here Are Some Must Visit Stops On Your Trip To Nashville