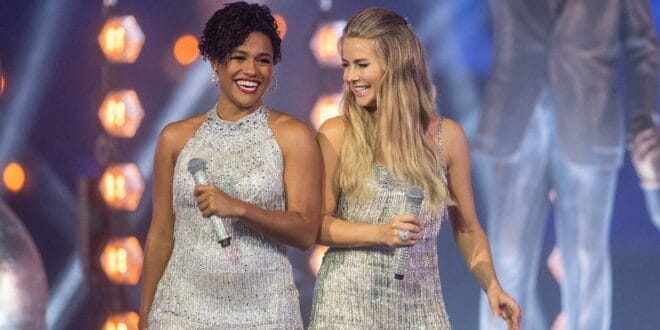 Performing from Walt Disney World Resort, Hough and DeBose kicked off the holiday celebration with a festive medley that included “We Need A Little Christmas” and “Holiday.”

The medley kicked off as Hough exited a horse and carriage before she danced her way down Main Street. DeBose performed “Holiday” in front of the Walt Disney and Mickey Mouse statue. Beneath a grand-finale worthy fireworks display, their performance concluded with a dance routine alongside Daisy and Donald Duck, Chip & Dale, Minnie and Mickey Mouse.

“One of my favorite things about this show in general is the opening number, and this year we’re going to be doing this amazing opening piece, where we get to sing and are dancing,” Hough explained, before DeBose added, “It’s a true triple threat realness. It’s really awesome, and we’re really dancing.”

Previous Everything You Need To Know About ‘The Wonderful World Of Disney: Magical Holiday Celebration’
Next LISTEN: Chayce Beckham & Lindsay Ell Join Forces For Steamy New Duet, “Can’t Do Without Me” 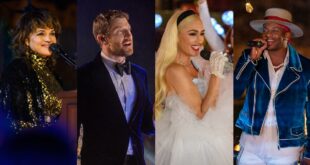 Everything You Need To Know About ‘The Wonderful World Of Disney: Magical Holiday Celebration’