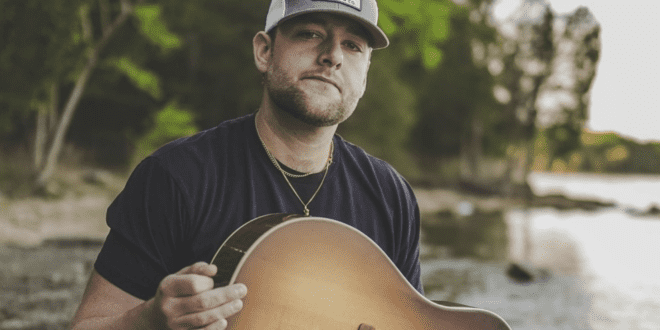 Jody Chappell debuted a powerful new song “Minding Our Own” on Friday (May 22). The song follows his previously released song “Can’t Quit You,” which was released on April 10.

“Minding Our Own” finds Chappell’s billowy, deep voice (similar to Jason Aldean) pairing perfectly with the electric guitar and pounding drums, making you just feel the urge to tap along to the beat.

“Minding Our Own” has a very Brothers Osbourne “It Ain’t My Fault” vibe to it, which is a great being that the aforementioned song had topped the country charts for weeks while also dominating radio airwaves across the globe upon its release. The song has a massive outlaw country sound with some stunning guitar riffs and solos perfectly placed throughout the song that just make you want to move.

“The song fully encapsulates what we moved here to do and that’s make good music,” Chappell captioned an Instagram post teasing the song earlier this month.

“We got in there and Dave played that riff and I told him to keep playing as I went through my phone and found a few lines to Minding Our Own and sang it how it was. Ethan was like “did you just write that?!” and I was like “no dude I’ve had this and just been waiting for someone to play that riff”.” Chappell explained to UPSTAR Music. “All of our eyes lit up and it was a really surreal moment. I’m not the best guitar player and I couldn’t picture a riff like this being anymore perfect. We just sat down and I already had the first verse, but then got to work on the rest. And this song, each line has been lived by myself, Ethan and I’m sure Dave. Me and Ethan went to the same high school, went to all these parties together, seen a lot of shit together. Also, Dave is one of my favorite people to write with because how he plays the guitar, each time we write he think of some cool riff, but this one is for sure my favorite. It kind of all just fell into place, the write took like 2 hours, which flew by. That’s not long at all, I’ve sat through writes that have been close to 6 hours. Coming out of a write like that was just a high.”

“I started this song as a poem, which is how I start a lot of songs, but it wasn’t complete. I had a write scheduled with Ethan and Dave at The Rukkus Room, it was late at night” Chappell continued to tell UPSTAR. “I think on January 19th and it was snowing, nasty weather and we got in there at 7:30 pm. We sat down and were brainstorming and I was like, “guys I need a party song” and Dave started playing this riff, this nasty bad ass swampy riff and it hit me right away.”

“Minding Our Own” was produced by Matt Geroux and co-written by Chappell alongside Dave Hangley and Ethan Willis.