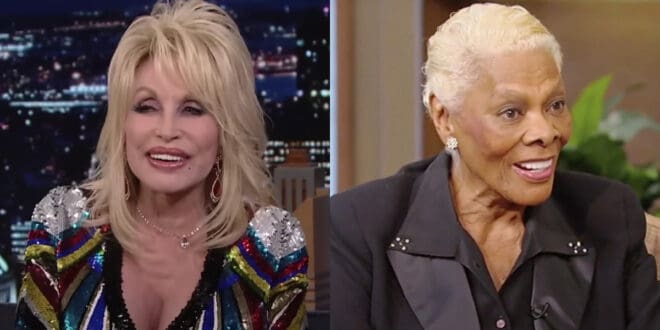 Warwick, 82, revealed the exciting news during a discussion with Tamron Hall during the Tamron Hall Show on Wednesday (Jan. 4).

The New Jersey native, who is Whitney Houston’s cousin, detailed the moment that the duet came to be after Parton pitched Warwick a song, and then another song, with the latter being the tune that the superstars will record as a duet.

“And I said, ‘Okay, sounds like a deal.’ She’s such a sweetheart,” Warwick recalled. “And then she sent me another song, the one that we’re going to be doing as a duet. It’s a gospel song called ‘Peace Like a River.’ She wrote it. I am very excited about this, I really am. I’ve done so many duets over the years, but this one’s gonna be very special.”

Damon Elliot, Warwick’s son, also appeared on the Tamron Hall Show alongside his mother and praised the upcoming duet.

“I think this is a beautiful way to kick off the year,” Hall exclaimed, before Elliott responded, “It’s really good!”

A released date for Dionne Warwick and Dolly Parton’s forthcoming duet, “Peace Like A River,” has yet to be revealed.

The news of Parton’s forthcoming duet with Warwick comes just one week after the Country music icon rang in the New Year co-hosting Miley’s New Year’s Eve Party alongside her Goddaughter Miley Cyrus.

During Miley’s New Year’s Eve Party, Parton took a break from her co-hosting duties to perform several times throughout the show with Cyrus. Together, the pair of superstars performed duets of Joan Jett And The Blackhearts’ “I Love Rock ‘n Roll,” Patsy Cline’s “Walkin’ After Midnight” as well as Cyrus’ “Wrecking Ball,” Parton’s “I Will Always Love You” and “Jolene.”

Diamonds & Rhinestones: The Greatest Hits Collection features 23 of her most successful songs spanning from 1971-2020, including the iconic tracks “9 to 5,” “Jolene,” and “I Will Always Love You,” among others. This marks the first time Parton has combined original recordings released for a Greatest Hits project.

During an interview with her longtime friend Jimmy Fallon on The Tonight Show Starring Jimmy Fallon, Parton revealed that the title of the project will be Rock Star and will feature a collection of iconic rock covers.

She also teased that the album will include several collaborations with Rock and Pop icons, including P!nk, Pat Benatar, Steve Perry, and more.

During the Rock & Roll Hall of Fame induction ceremony, Parton debuted the first tune from the project called “Rockin.”

“Well, I figured if I’m going to be in the Rock & Roll Hall of Fame, I’m going to have to earn it,” Parton said with an electric guitar in hand. “And you thought I couldn’t rock!”

Throughout the song, Parton shouts out several Rock & Roll icons and admits that while she’s a country girl at heart, she’s been rockin’ ever since the day she was born.

“I grew up lovin’ Elvis, and wild-man Jerry Lee / Chuck Berry, Little Richard / They all cast a spell on me / Carl Perkins and those blue suede shoes had no place on the farm… I was just a child, but I went hog-wild / For the rhythm and the beat,” Parton sings on the chorus. “I’ve been rockin’, rockin’, rockin’ since the day I was born / I’ll be rockin’ till the day I’m gone / I still got rock ‘n’ roll down in my country soul / And I’ll be rockin’ till the cows come home.”

In the midst of working on her forthcoming rock album, Parton also wrote a new book. The children’s book, Dolly Parton’s Billy The Kid Makes It Big, was inspired by her God-dog, Billy The Kid. The Book is set to release on April 25, 2023. 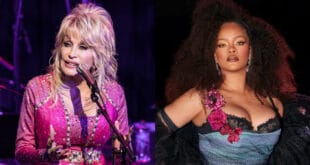 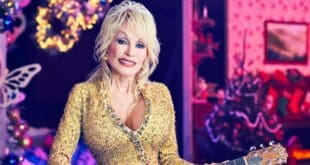 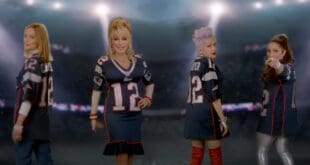 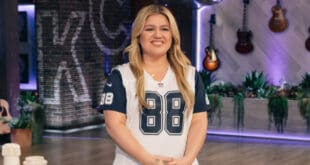