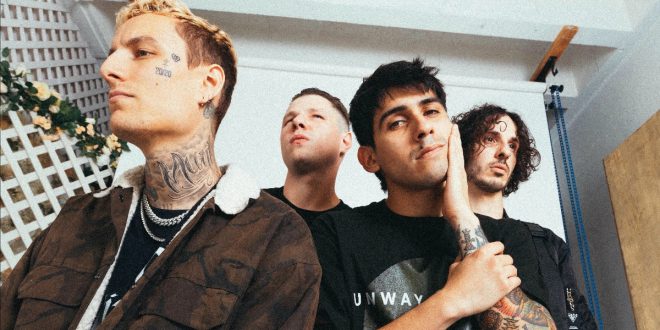 Crown the Empire Celebrate 10th Anniversary In A Special Way

CROWN THE EMPIRE are celebrating the tenth anniversary of their first show ever in the best way possible — by releasing new music that is sure to thrill their legion of fans.

Today, the band has released 07102010, an 11-song record featuring acoustic renditions of songs that span its entire catalog, as well as the brand new song “everything breaks.” The release is available via longtime label Rise Records at this location.

Crown the Empire also shared Out of Focus, a 10-minute, intimate documentary that details the band’s story so far. Watch it below:

“2020 has been a year of both chaos and deep reflection as Crown enters our second decade as a band,” the band shares. “We wanted to look back and strip down songs across all of our albums as a thank you to everyone who has been along for the journey so far. Thank you for allowing us to live our dreams and make music for the past 10 years, and many more to come. Our new acoustic album 07102010 is out now on all streaming platforms. Love you all.”

Crown the Empire have steadily established themselves over the past decade as a force of nature in the rock world thanks to their signature sound, which swings from evocative and emotionally charged verses into sweeping hooks backed by thunderous riffing and cinematic electronics. The band lives on the road, having shared stages with A Day To Remember, Asking Alexandria, Black Veil Brides, Falling in Reverse, Underoath, and more, all the while earning press praise from Alternative Press, Billboard, Kerrang!, Nylon, Rock Sound, and more. Their 2019-released hit “BLURRY (out of place)” ascended to No. 1 on SiriusXM’s Octane and landed on the Big Uns of 2019 list. Crown the Empire have also tallied over 295 million streams in the U.S. alone.

Here’s to 10 more years of Crown the Empire. 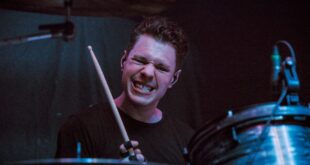 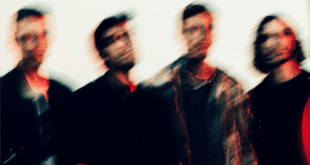 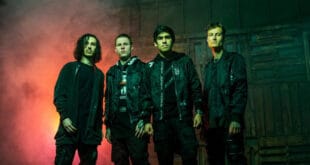