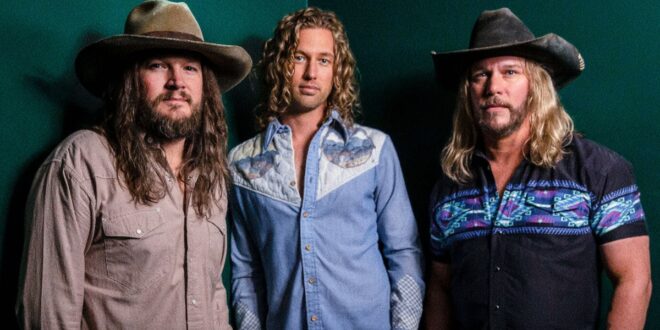 Craig Wayne Boyd Breaks Silence After He Was “Voted Out” Of Texas Hill, Says He Will Revisit His Solo Career

According to recent social media posts, the group is now a five-piece band made up of Casey James, Adam Wakefield and the group’s newest additions, Bart Walker, Louis Winfield and Clark Singleton.

Remaining members of Texas Hill, Casey James and Adam Wakefield, took to social media on Tuesday (Jan. 24) to share the news with fans via a statement that began, “2023 marks a new chapter for Texas Hill.”

James and Wakefield then introduced fans to their new bandmates on Texas Hill’s Facebook account and went on to tease their forthcoming new album.

“Please join us in welcoming three new members to the band — Bart Walker, Louis Winfield and Clark Singleton,” James and Wakefield wrote. ”These musicians are incredible and we’re honored to have them join us from here on out. We’re going into the studio next month to start recording the new record, and are gonna be on the road all year long. We can’t wait for you to hear what we’ve been cooking up, and hope you come see us when we’re in your neck of the woods.”

2023 marks a new chapter for Texas Hill. Please join us in welcoming 3 new members to the band — Bart Walker (@tonefreak713), @FlipWinfield and @ClarkSingleton. These musicians are incredible and we’re honored to have them join us from here on out. pic.twitter.com/yGAIgFEnM2

James and Wakefield also announced that Boyd will “no longer” be a part of the group or any of their new projects moving forward.

“We’re incredibly grateful for his contribution to the band over the past few years,” James and Wakefield added. ”We’ve made some great music together, and wish him all the best in his new endeavors. Peace and love, Casey and Adam. ✌️”

Craig Wayne Boyd is no longer going to be a part of this project, but we’re incredibly grateful for his contribution to the band over the past few years. We’ve made some great music together, and wish him all the best in his new endeavors.

Fans immediately took to the comments of Texas Hill’s post revealing Boyd’s exit to share their frustration while others showcased their support of the group’s decision.

“It’s not going to be the same sound without his lead harmonies…” one angry fan wrote, while other fans added, “So you kicked out the person who brought this together” and “So you gave Craig the boot? He started your band, didn’t he? Won’t be the same.”

“I will continue to support ALL three of my Boys and wish nothing but the best for ALL of them!” a supportive fan said, before another chimed in and shared, “All three are great guys. Best wishes to all!”

Craig Wayne Boyd Claims He Was “Voted Out” Of Texas Hill

Following the announcement of Boyd’s departure, he took to his own social media to reveal a headlining solo performance. In the comments of his solo concert announcement, Boyd answered a fan who questioned, “are you not in Texas Hill any longer?”

“No, I was voted out of the band I started,” Boyd revealed before continuing to share his excitement to pursue a solo career. ”I am excited to get back to getting out and entertaining folks with good Country music!” he added.

Craig Wayne Boyd (Season 7 Winner of NBC’s The Voice), Casey James (Third place finisher on Season 9 of American Idol) and Adam Wakefield (Season 10 Runner-up on NBC’s The Voice) were friends for several years after meeting at a Nashville event and later formed Texas Hill in 2020.

“I was sitting in the garage talking with my wife and trying to figure out what I wanted to do musically. The thought occurred to me to go back to my roots, which was singing vocal group stuff,” Boyd previously told Music Mayhem. “Casey and I had met up a couple of months previously and sat down and chatted, played music for our families. Our wives went to elementary school and middle school together, which was crazy. We didn’t already know each other like that. Adam and I had been out on the road together playing music. I told both of them, ‘Hey, I got this guy, he’s in.’ Finally, got them together and we sat down and played music. The first time we did, it was like, there it is! This is actually going to work.”

The group’s takes it namesake from the street Wakefield grew up on in Plymouth, New Hampshire called Texas Hill Road, but the overall idea of the trio came from Boyd.

Texas Hill are preparing to embark on their first tour as a five-piece band, which kicks off March 5 in Nashville, Tennessee at The Ryman Auditorium with Home Free and continues through April 29, where the trek will wrap up in Kalamazoo, Michigan at Bell’s Brewery. 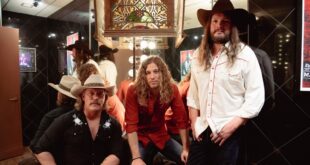 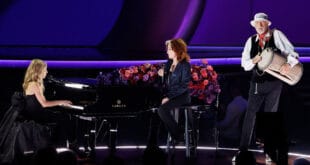