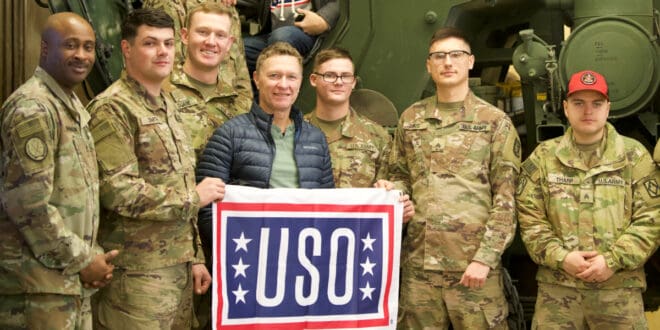 Country music star and 17-year Army veteran Craig Morgan took Christmas to Germany in a partnership with the United Service Organizations (USO) for service members who were unable to make it home for the holidays.

Morgan accompanied the nonprofit for a three-day trip — December 19 to 21 — performing three concerts for the troops and their families stationed at USAG Bavaria.

US Army Veteran and Country Artist @cmorganmusic recently visited service members overseas in Bavaria, Germany. Thank you, Craig, for your support and service.

Morgan’s active duty spanned 10.5 years, where he was a member of the U.S. Reserves for 6.5 years. The singer was reunited with both the 101st and 82nd Airborne Divisions during his tour of USAG Bavaria, in which he was a part of throughout his years of service. Since Craig’s first USO tour in 2002, the Tennessee-native has been to 15 countries during 13 tours, bringing hope and entertainment to over 45,000 U.S. troops and their families.

“It’s always an honor and a privilege to visit with our troops and their families, but especially during the holiday season,” shared Morgan. “I know how much it means to them to receive those care packages at this time of the year and to hear those messages of gratitude from Americans everywhere who value the incredible sacrifices they make year-round.”

“Serving overseas over the holiday season, sometimes far from family and friends, can be difficult,” said Jennifer Wahlquist, vice president of USO Global Entertainment. “We’re grateful to the wonderful entertainers like Craig who generously donate their time to bring holiday cheer and a connection to home to our service members.”

“We are so thankful for Craig Morgan taking the time to visit with and perform for our Soldiers and family members,” added Audre Binder, director of Family and Morale, Welfare and Recreation at United States Army Garrison Bavaria. “And it’s even more special because Craig knows what it’s like to be away from loved ones during the holidays, as a former service member himself. He has just an incredible way of connecting with everyone here.”

Bringing entertainment to U.S. troops across the globe is a cornerstone of the USO’s core mission — to enhance America’s service members through connection. Over 75,000 service members take part in the USO Entertainment tours each year, with more than 50,000 military members attending the virtual celebrity visits brought to troops by the USO Military Virtual Programming Entertainment Serries (USO MVP) over the past two years.

Some of the country’s biggest stars have worked with and supported the USO, including Channing Tatum, Scarlet Johansson, Toby Keith, Trace Adkins and more. To stay up to date with the USO, join the conversation with #BetheForce on social media.

Morgan has proven to be a force to be reckoned with, as the multi-faceted entertainer has dominated as a music legend, TV personality and celebrated Army veteran. Known for megahits “This Ole Boy,” “Almost Home,” “Redneck Yacht Club,” “That’s What I Love About Sunday,” “Little Bit of Life” and “Wake Up Lovin’ You,” Morgan has over 25 charted Billboard songs under his belt. A proud member of the iconic Grand Ole Opry since 2008, Morgan has made more than 250 appearances on the highly respected stage.

Morgan embarked on his God, Family Country 2022 Tour with special guest Ray Fulcher on October 19 in Green Bay, WI. The 11-date run wrapped up on November 11 in Nashville, TN. 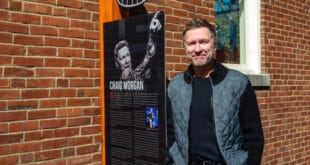 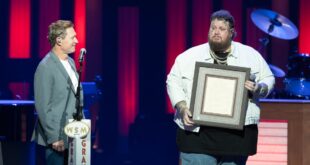 Craig Morgan Brings Jelly Roll To Tears With Heartfelt Gift At The Opry: “This Is A True Testimony That God Is Real” 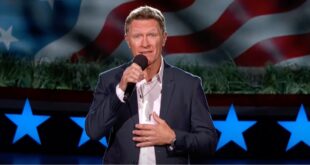