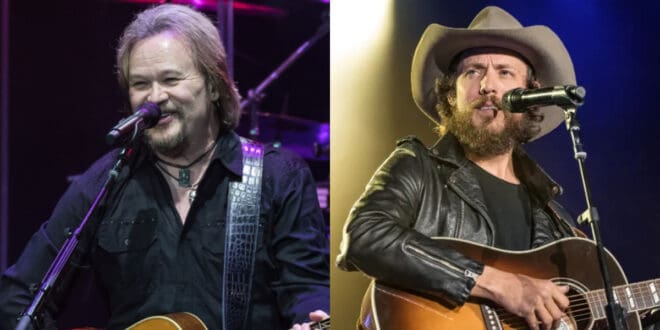 Travis Tritt abruptly canceled the remainder of the ‘Can’t Miss Tour’ with Chris Janson due to an injury.

The country music singer took to social media to share a statement, revealing the unfortunate news with fans on Tuesday afternoon (Nov. 1).

“I have been experiencing severe pain in my left knee for the past few weeks due to a possible torn meniscus,” Tritt wrote. ”With short bits of rest between shows, I had hoped that the pain would eventually subside and I could complete all of my remaining dates in November, including all the dates on the current ‘Can’t Miss Tour’ with Chris Janson and War Hippies.”

He went on to explain that the pain he is currently enduring is unbearable and he can no longer tour until he recovers from the injury.

“Unfortunately, the pain has become impossible to ignore and I will not be able to do any further shows in November,” Tritt continued. ”Refunds for these shows will be available at point of ticket purchase. I appreciate everyone’s understanding and I hope to return to the road as soon as possible.”

According to Tritt, the list of dates canceled include:

The news comes after the artists were forced to cancel their Estero, Florida concert due to the aftermath of Hurricane Ian. Additionally, Tritt and Janson recently announced the cancellation of their Nov. 10th concert in Anderson, South Carolina, citing “reasons beyond our control.”

While Janson has yet to comment on the cancellation of the tour, several venues have alerted fans of the news via social media.

The artists announced the co-headlining trek earlier this year after teaming up to release the song “Things You Can’t Live Without.” The duet appears on Janson’s latest album, All In, which was released in April.

“I’m really looking forward to the ‘Can’t Miss Tour’ with Chris this Fall. Our high-energy performances complement each other so well. Audiences are going to be thoroughly entertained,” Tritt shared upon the announcement of the tour.

Janson added, “Excited to be out touring with one of my favorites. It’s gonna be a rowdy fall, and I’m looking forward to it!”

On working with Tritt in the studio, Janson told Country Now that “Things You Can’t Live Without” came out better than he could have imagined.

“He absolutely crushed it, just like I knew he would,” he shared. “It’s one of my favorite collaborations to date.”

In addition to working with Tritt, the pair also formed a bond outside of the studio. “Travis is a great guy and turned out to be a really good friend,” he added.

Janson is scheduled to take the stage in Nashville at the Grand Ole Opry on November 1 and December 11.

According to Tritt’s official website, the “T-R-O-U-B-L-E” singer’s next scheduled tour date will take place on Thursday, December 1 in Abilene, Texas at Wylie PAC. 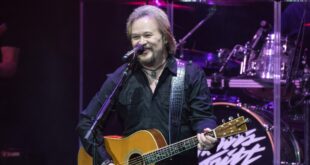 BREAKING: Travis Tritt Issues Health Update After Being Forced To Cancel Tour Due To Injury 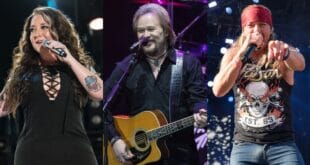 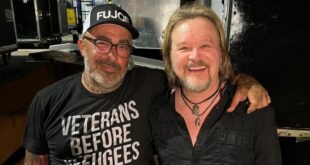 Travis Tritt Says It Was A “Thrill” Getting To Meet Aaron Lewis For The First Time: “I Love My Fellow Patriots!”