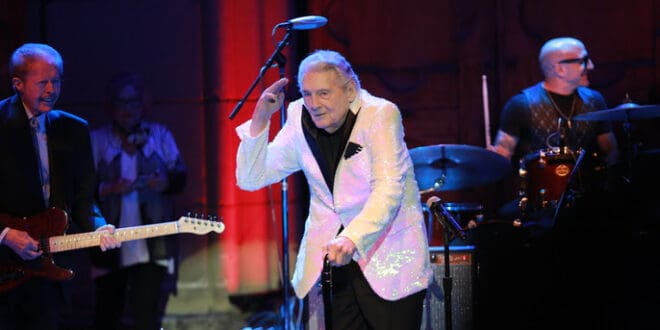 Lewis’ passing comes just days after his induction into the Country Music Hall Of Fame. He was inducted into the “Veterans Era Artist” category on October 16, 2022.

“To be recognized by Country Music with their highest honor is a humbling experience,” Lewis shared in a statement. “The little boy from Ferriday, LA. listening to Jimmie Rodgers and Hank Williams never thought he’d be in a Hall amongst them. I am appreciative of all those who have recognized that Jerry Lee Lewis music is Country Music and to our almighty God for his never-ending redeeming grace.”

Lewis, who is known for hits like “Whole Lotta Shakin’ Goin On” and “Great Balls Of Fire” was unable to attend the induction as he was ill with the flu.

In addition to his recent Country Music Hall of Fame honor, Lewis is also a recipient of the Recording Academy’s Lifetime Achievement Award and a member of the Rock and Roll Hall of Fame. He also has a star on the Hollywood Walk Of Fame.

Lewis is regarded as the most influential pianist of the 20th century and is considered a pioneer of Rock N’ Roll.

When 21-year-old Jerry Lee Lewis arrived at Memphis, TN’s Sun Records, he was introduced to owner Sam Phillips as a man who could play the piano the way Chet Atkins played guitar. That description may have piqued Phillips’ curiosity, but, truth was, Lewis didn’t sound a thing like Atkins, and he played the piano unlike anyone else.

Lewis’ ferocious, key-pounding style was derived from a combustible mix of cultural sources — the Assembly of God holiness church of Ferriday, LA; Haney’s Big House, a chitlin’ circuit nightclub on the other side of town where Lewis witnessed a young B.B. King and all manner of other blues and R&B acts; the Jimmie Rodgers records embedded deep within his formative memories; the Al Jolson 78s played before Gene Autry matinées at the local movie house; and Hank Williams’ mournful wail carried across the air via “The Louisiana Hayride.” Those things all came together in Lewis and came out through his fingers with the speed of lightning and the force of thunder.

The first project that Sun Records released of Lewis’ was a cover of Ray Price’s “Crazy Arms,” cut while the original was still on the charts. The first hit, though, came with a song originally recorded by R&B singer Big Maybelle but that Lewis had learned via a Natchez, MS, DJ named Johnny Littlejohn. “Whole Lotta Shakin’ Goin On” simultaneously spent two weeks in 1957 atop Billboard’s Country and R&B bestsellers charts, peaking at No. 3 on the Top 100. The following year saw follow-up “Great Balls of Fire”’ top the Country chart for another two weeks.

Controversy derailed Lewis’ early success, but not before Lewis hit the Country Top 10 three more times with “You Win Again,” “Breathless” and “High School Confidential,” each of which peaked higher on the Country charts than they did on the pop side.

In the 1960s, Lewis left Sun for Smash Records. Where Sun had emphasized Lewis’ abilities as a boogie-woogie rock-and-roll piano man, Smash producers Jerry Kennedy and Eddie Kilroy decided to focus on his Country side. They returned him to the radio with songs like “Another Place Another Time” and “What’s Made Milwaukee Famous (Has Made a Loser Out of Me).” That may have seemed like a radical idea given Lewis’ wild-man reputation, but it also fit the moment. Within months of Lewis having his first chart-topping Country hit in 11 years — “To Make Love Sweeter for You” in 1969 — Johnny Cash, Sonny James and Conway Twitty, all singers who’d hit it big during the dawn of rock and roll, topped the Country charts, as well.

The Country hits continued into the 1970s as Lewis moved to Smash’s parent label, Mercury Records, and later the Nashville division Elektra Records. He reached No. 1 with “There Must Be More to Love Than This,” “Would You Take Another Chance on Me” and a cover of the Big Bopper’s 1950s rock and roll classic, “Chantilly Lace.” He hit the Top 5 with a pair of signature ballads, the 1977 waltz “Middle Aged Crazy” and the 1981 honky-tonker “Thirty Nine and Holding.”

In all, he placed 28 Top 10 Billboard Country singles across four decades, a greater number of hits over a longer period of time than what appeared on the pop charts, where only a half-dozen sides made the Top 40.

Lewis has continued to record as his acolytes take him into the studio and as subsequent generations discover his music, even recording a 2011 live album at Jack White’s Third Man Records. His name has appeared in Country hits by George Jones (“Who’s Gonna Fill Their Shoes”), John Michael Montgomery (“I Love the Way You Love Me”), Tim McGraw (“Southern Voice”) and the Statler Brothers (“How to Be a Country Star”) — though, of course, nobody drops his name more in their songs than he does himself.

“Whole Lotta Shakin’ Goin On” is now part of the National Recording Registry. That and “Great Balls of Fire” are in the Grammy Hall of Fame. While those two records are, by far, his most famous, those who know his catalog more deeply understand that he has full mastery of a century’s worth of popular music, from 19th-century minstrel tunes to the songs of Tin Pan Alley standards to classic rock.

While Lewis now joins a select group, he also remains uniquely individual in that company. “My style of Country Music is just me,” Lewis told the Associated Press in 2017. “I wouldn’t know how to do anyone else’s.”

Services and more information will be announced in the following days. In lieu of flowers, the Lewis family requests donations be made in Jerry Lee Lewis’ honor to the Arthritis Foundation or MusiCares – the non-profit foundation of the GRAMMYs / National Academy of Recording Arts and Sciences. 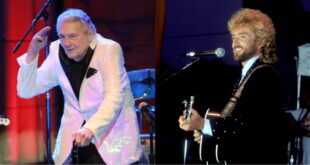