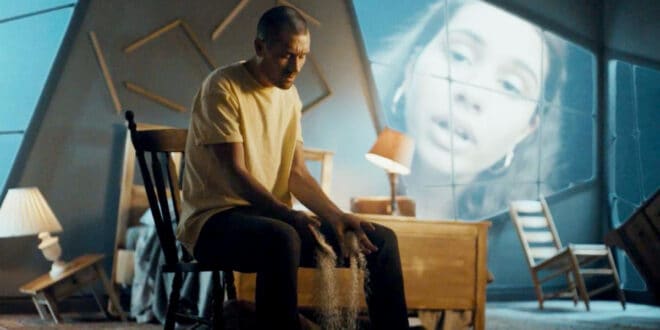 Alessia Cara is featured on Bastille’s new version of “Another Place,” and in the accompanying video, which was also released today. The song – a tender look at a fleeting encounter – originally appeared on the band’s new album, Doom Days (Virgin Records). Download “Another Place” ft. Alessia Cara HERE. View the video HERE.

“I’d always heard ‘Another Place’ as a duet and wanted it to be a story told from two perspectives. It’s not something we’ve ever done, outside of our mixtapes, but we are huge fans of Alessia’s – her voice and her songwriting are so distinct and brilliant – and we sent it to her to see if she’d be up for jumping on it with us,” explains Bastille frontman Dan Smith.

Smith continues, “We love her verse and everything that she’s brought to the song – I think she really elevates it. We all got to spend some time together in her home town of Toronto recently, where she joined us on stage to sing ‘Another Place’ together for the first time, and where we shot the surrealist video for the song. It’s been really great to bring a new voice into the Doom Days universe, and we’re so happy that Alessia was up for coming along with us for it.”

Alessia Cara says, “I’ve been a Bastille fan since their early stuff so doing this song with them was genuinely so exciting. I met Dan last year and we got on really well. We talked about doing something together and he sent me the song a little while later. I loved the concept and thought it was both sonically and lyrically really great, as all Bastille stuff is. It all came together pretty naturally, and I can’t wait for people to hear it.”

The GRAMMY®-nominated, BRIT-winning band recently appeared on “The Tonight Show Starring Jimmy Fallon,” performing “Bad Decisions” – another song from Doom Days. View HERE. Available everywhere, Doom Days takes listeners on a big night out in search of distraction from the surrounding apocalypse. It debuted at No. 1 on Billboard’s Alternative Album Sales chart and in the Top 5 of the Billboard 200.

Lead single “Quarter Past Midnight” is Bastille’s third single to hit No. 1 on the Mediabase Alternative chart. “Joy,” the follow-up, has amassed more than 70 million combined streams globally. In a four-star review, NME said, ‘Doom Days’ is a vivid snapshot of humanity and an imaginative, adventurous levelling up from one of Britain’s most influential bands. If the end times are coming, you could do a whole lot worse than taking its lead and gathering up all your friends, pressing play and partying like it’s 1999.”

Hailed by Rolling Stone as “Britpop’s new crown princes,” Bastille has sold over eight million adjusted albums and amassed more than 11 billion cumulative streams globally. The band was introduced internationally with the single “Pompeii,” which is now 6x Platinum in the U.S. alone. Marshmello and Bastille’s hit single, “Happier,” has topped charts around the world, with cumulative streams exceeding 3.5 billion. It is certified 5x Platinum in the U.S. and has sold more than 15 million units in the rest of the world. “Happier” held the No. 1 position for three consecutive weeks on Billboard’s BDS and Media base/Top 40 Radio Airplay chart. It has spent a record-breaking 56 weeks at No. 1 on Billboard’s Hot Dance/Electronic songs tally. 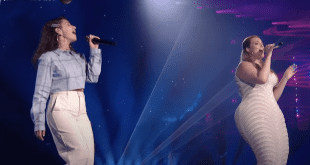 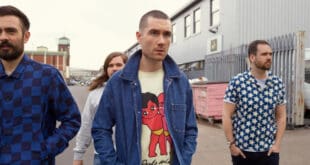 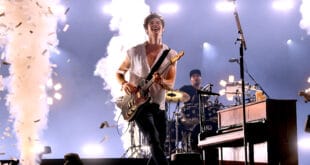 Shawn Mendes Kicks Off North American Leg of Tour in Portland, OR: See Setlist and Photos