To celebrate the first anniversary of their hugely successful self-titled album Asking Alexandria have released a brand new animated video for track ‘Vultures’. The video follows a challenging, dark and bleakly honest narrative that perfectly accompanies the lyrical theme of the song.

As blood drips from the puncture wounds of the hooks that attach strings to his hands and feet, frontman Danny Worsnop’s, bruised and beaten, animated alter ego is manipulated by an ominous puppeteer claw through dimly lit streets, past terrifying headphone clad pedestrians as he laments ‘Everywhere I look these Vultures burn the life right out for me’. Speaking on the track and it’s equally thought provoking animation, Ben Bruce (guitarist) says “Simply put, Vultures means the world to us. We wrote this song at a time that was completely volatile in AA’s relationship. We have since made amends and have written and created a video that speaks truly of what we have been through and overcome as Asking Alexandria. I hope you enjoy this visual as much as I have enjoyed creating it. Much love, Ben.”

“Vultures” is the follow up single to the band’s smash hit ‘Alone in A Room’ which spent 28 weeks on the active rock radio charts, peaking at #7 and has racked up 17.6 million Spotify plays and 6.8 million Youtube views to date.

Also announced this week is the band’s inclusion on ‘Who Do You Trust’ US Summer Tour with Papa Roach and Bad Wolves which will see them play 12 dates across the US Starting in Dallas on July 27th and ending in Las Vegas on September 1st. Asking Alexandria are also touring arenas across the US in early 2019 with Shinedown and Papa Roach on the US leg of the ‘Attention Attention’ World Tour.

Full dates, ticket info and VIP Packages for the ‘Who Can You Trust?’ Tour can be found below. 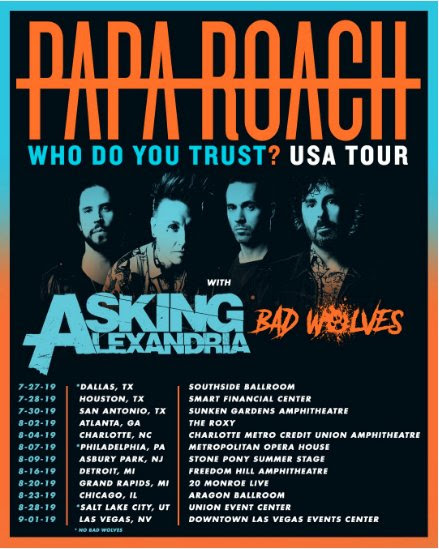 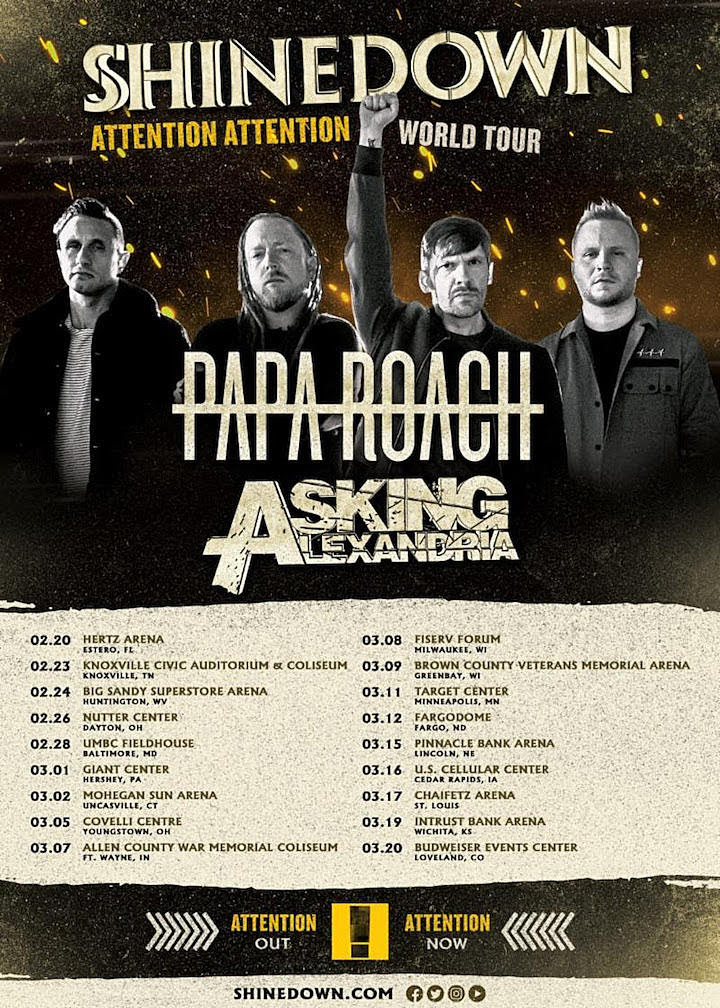 Walker Hayes Awarded Applebee’s Gold Card: “For The Rest Of My Life, I Can Eat Free At Any Applebees”