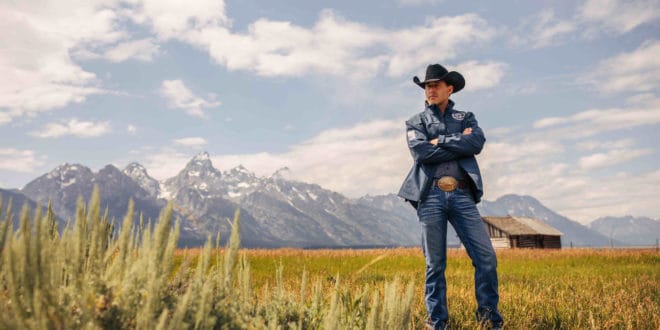 “Pioneering independent” (Cowboys & Indians) Aaron Watson’s brand new album, Red Bandana, is available now for pre-order/pre-save and two new tracks from the 20-song collection release today ahead of his June 21 release.  “Riding With Red,” a stunning piece of cowboy poetry debuts along with an accompanying video which premiered yesterday via Parade. The upbeat, Petty-infused singalong “Old Friend” is also out now along with video on all streaming platforms and with album pre-order.

Fans can now pre-order physical CD and special merchandise bundles at https://store.aaronwatson.com/red-bandana.  The three offers, starting at only $19.99, include:

Officially slated for a June 21, 2019 release via his own BIG Label Records (distributed by ADA Worldwide), all 20 songs on Red Bandana are written solely by Watson, who co-produced the project with Jordan Lehning.  The epic album marks the artist and songwriter’s 20th year making music, a noteworthy milestone for the genre’s “reigning indie underdog” (Rolling Stone) and has already landed on multiple “most anticipated country albums of the year” lists including Saving Country Music and The Boot.  The high intensity(Whiskey Riff) debut track from the 20-song collection,  “Kiss That Girl Goodbye”  is already a Top 10 in Texas and breaking out at radio nationwide in markets including Houston, Jacksonville, Austin, Charleston, San Jose and Westwood One’s Hot Country and has amassed 3.6 million on demand streams and counting.

Watson is currently gearing up for his “arena-ready country” 2019 headlining Red Bandana tour, which kicks off June 8 in Nashville and spans coast to coast through October.  Tickets are available now at www.aaronwatson.com/tour. 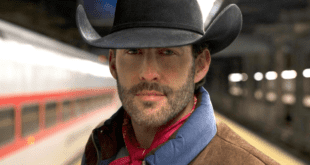 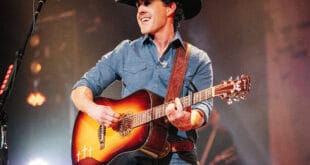 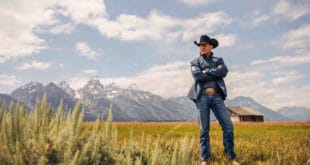