The Just Some Shows Tour took Rams Head Live in Baltimore, Maryland by storm on Wednesday, May 4th for what is arguably one of the most anticipated tours of the spring/summer; that is until they recently announced their co-headlining tour with Blink-182. Proving to be an exciting lineup with Just Some Shows, A Day to Remember headlined the evening with support from Parkway Drive & State Champs. In anticipation, fans wearing ADTR Merch from head to toe, lined the streets of Baltimore, Maryland hours before doors even opened in hopes of getting as close to the barricade as possible for what was set to be an absolutely unforgettable and sorta intimate evening in a smaller sized venue for A Day To Remember. All of the bands on this bill have the potential and have sold out Rams Head Live previously during one of their own headlining tours making for this tour package to be a solid night of incredible musicianship and talent.

Launching the night to a rapid energy filled set from State Champs, a band who has been at the tops of the Pop-Punk charts as well as selling out tours of their own. There was not a single empty spot in the crowd when State Champs took to the stage. Bringing the old school pop punk style back to life, they opened with “Breaking Ground”, a track off of Around The World and Back, that set the tone for their seven song setlist. State Champs have a very energetic sound making for lots of movement and hype in the crowd as well as Derek Discanio (vocals) to get amped up even more as he uses almost every space of the stage to run around while he sings. The energy during their set was the highest when singer Discanio sang the opening lyrics to “All You Are Is History” another track off of Around The World and Back as well as “Elevated” off of their album called, The Finer Things. The crowd sang over Discanio, erupting into a full blown riot immediately when the songs kicked in. Fans were flowing over the barricade faster than security guards could even handle, the wall of crowd surfers continue to build up as the songs continued.

With bright lights illuminating the band, Parkway Drive jumped into their set with full force. Opening with the first track from Ire, “Destroyer”, Parkway Drive had the crowd in the palm of their hands. Every time vocalist Winston McCall told the crowd to jump, chant or open up a circle pit, all the concert goers would do so with enthusiasm. Most of their set actually consisted of songs from their latest album, IRE. All of the songs played were bangers and got the crowd moving. The energy that Parkway Drive brought out onstage and in the audience was incredible. They played an 8-song setlist, and for the entirety of that time they kept the energy going throughout the room, never slowing down for a second. Parkway Drive is a great live band and honestly they are a band who sound exactly like the record if not better live which most bands cannot accomplish sounds better during a live show then they do on the record but Parkway Drive goes beyond your expectations.

A Day To Remember bursting unto the stage with a blast of colorful confetti and to the crowd chanting the opening notes to “The Downfall Of Us All” off their album, Homesick. Crowd surfers immediately flowing over the barricade like a sea of people once Jeremy Mckinnon began the opening lyrics to the song “LETS GO!” A Day To Remember usually putting on a huge production went with a more basic stage setup for “Just Some Shows Tour” with a great lighting rig and a huge ADTR backdrop present. However the production is just a cool visual this didn’t stop them from putting on yet another extraordinary show with flawless vocals from Mckinnon and an incredible mix of guitars/bass from Kevin Skaff, Joshua Woodard, and Neil Westfall as well as drums from Alex Shelnutt. When McKinnon screamed “FIGHT!” to start off “2nd Sucks”, the entire crowd appeared to have left the ground launching into the air and taking moshing to the next level with more crowd surfers than there appeared to be all night, as well as the start of a massive circle pit. Other heavy favorites in the set list included “Violence (Enough is Enough)” and “Dead and Buried” off of their self- released album Common Courtesy and “You Be Tails, I’ll be Sonic” off of the 2010 release What Separates Me From You and live debuting their latest single PARANOIA whichhad fans going crazy. The group had barely exited the stage before the “A Day to Remember” as well as “ADTR” chants started to call them back. After a few minutes of calling and cheering, McKinnon and Skaff returned by themselves to the stage. Although it was clear which song they had returned to play, the pair joked about what was coming. Cheers erupted from the hushed crowd when McKinnon announced they would be playing, “If It Means A Lot to You”. They followed with “All Signs Point to Lauderdale” and closed out the evening with “The Plot to Bomb the Panhandle”. All of the energy left in the crowd was exerted during the last song as fans gave all they had to crowd surf one more time and get into a pit to enjoy the last of the show. The lyrics, “I’ll rip that scandalous bitch in two” seemed to be the final excretion of energy as Rams Head Live fans joined McKinnon in screaming it as loud as they possible could. A Day To Remember never fails to put on an incredible show and making it flow so flawlessly. They are one of the BEST live bands you will ever see a concert from. I highly recommend making out to one of their “Just Some Shows Tour” to get that intimate show before you must see them out with Blink-182 this summer in amphitheaters and arenas across the country.  (Dates: www.adtr.com) 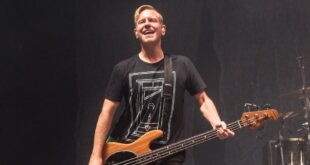 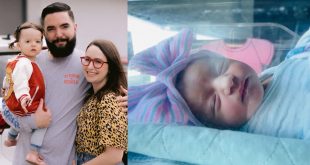 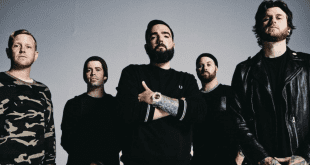 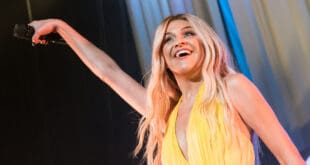