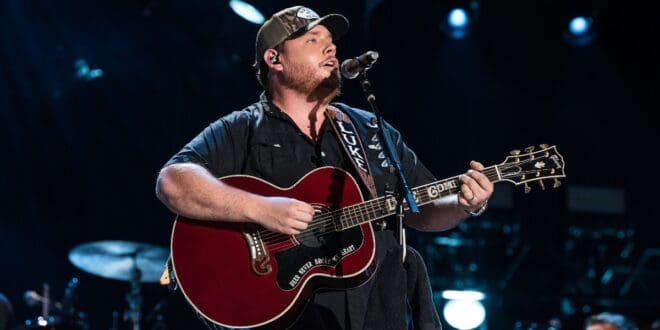 Luke Combs just announced that he will be releasing a brand-new album later this year!

The reigning CMA Entertainer Of The Year shocked fans on Wednesday evening (Jan. 4) when he revealed plans to release a brand-new album. According to his Instagram post announcing the exciting news with fans, the project will feature 18 tracks and be released on March 24, 2023.

Over the course of the last few years, Combs has shared several unreleased tunes, some of which fans have been begging the country star to release since he first teased it.

Music Mayhem compiled a full list of some of the fan-favorite unreleased tunes that The Bootleggers hope will make the cut and appear on Combs’ new project. See the full list below.

“Growin’ Up and Gettin’ Old”

“Sleepless In A Hotel Room”

In addition to originals, fans are also begging the North Carolina native to release a professional recorded version of his incredible rendition of Tracy Chapman’s “Fast Car.”

The album will serve as the follow-up to Combs’ 2022 project, Growin’ Up, which has spawned hits such as “Doin’ This,” “The Kind Of Love We Make,” and his current single, “Going, Going, Gone.”

Growin’ Up was co-produced by Combs alongside Chip Matthews and Jonathan Singleton. The 12-track release was crowned Album of the Year at the 56th Annual CMA Awards in November of 2022. When accepting the honor, Combs admitted he was surprised by the big win.

“Oh man, I was not expecting this. I’m so thankful anytime I get to stand up here, but the real people to be thankful for are these two gentlemen standing behind me, Chip Matthews and Jonathon Singleton. These guys worked their tails off on this album. Chip might have slept two hours since we put this record out. Thank y’all so much,” the North Carolina native shared from the stage.

Combs will soon embark on a massive world tour that will visit three continents and 16 countries. The trek, which will be hitting stadiums and arenas across the globe, is set to kick off on March 25 at AT&T Stadium in Arlington, Texas and wrap up in London, England at The O2 Arena on October 19.

Riley Green, Lainey Wilson, Flatland Cavalry and Brent Cobb will serve as support on the North American tour date, while special guests on the Australian and New Zealand dates include Cody Johnson and Lane Pittman. 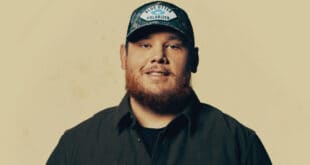 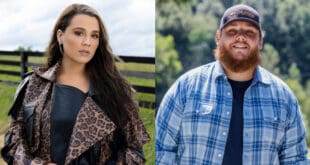 Gabby Barrett Is Releasing A New Song Written By Luke Combs On Her New Album, Says “I’m A Big Fan Of His”